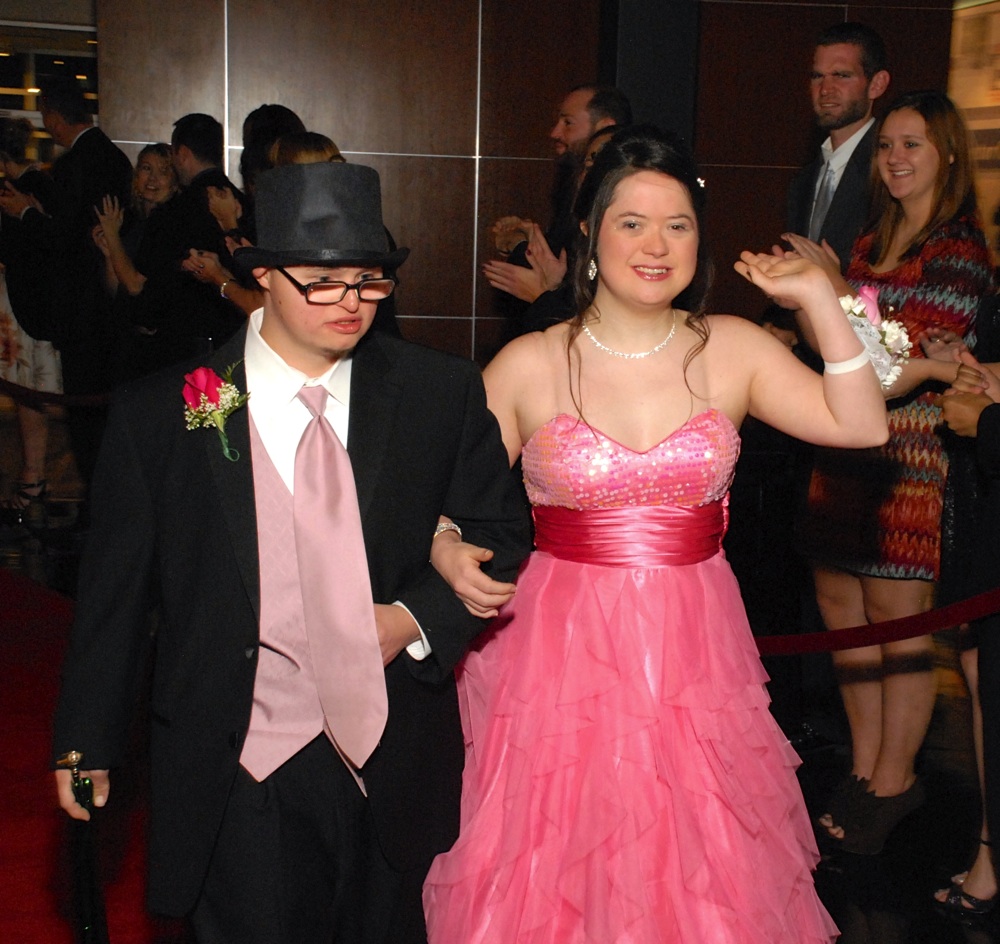 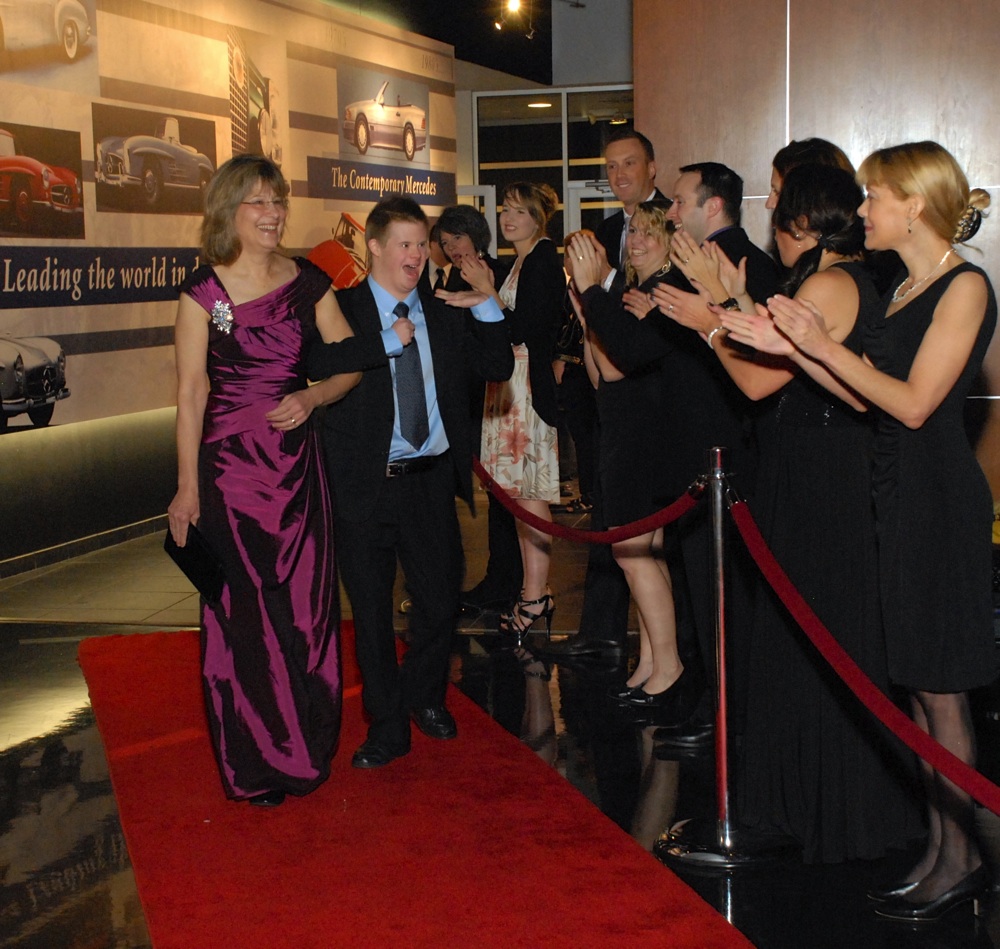 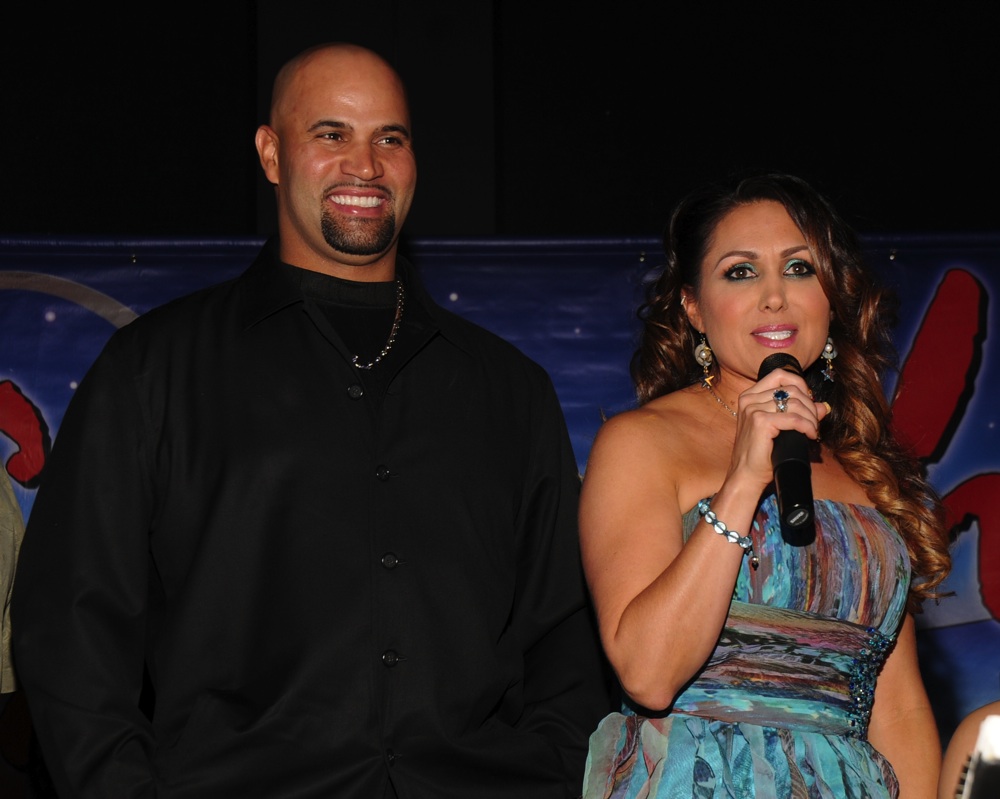 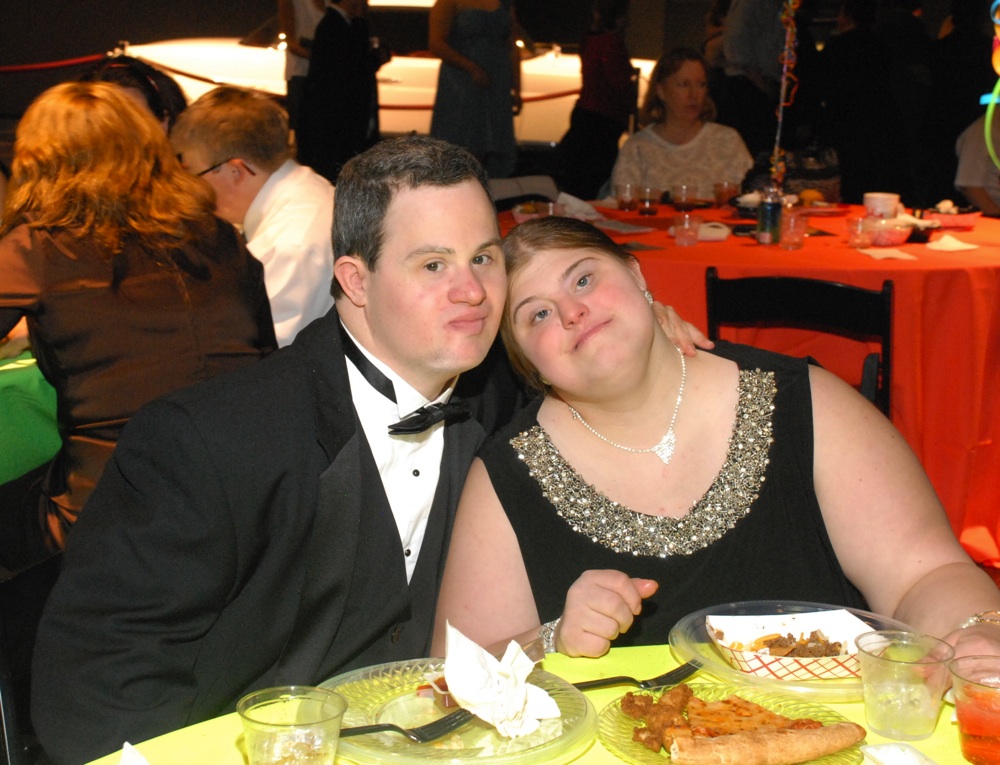 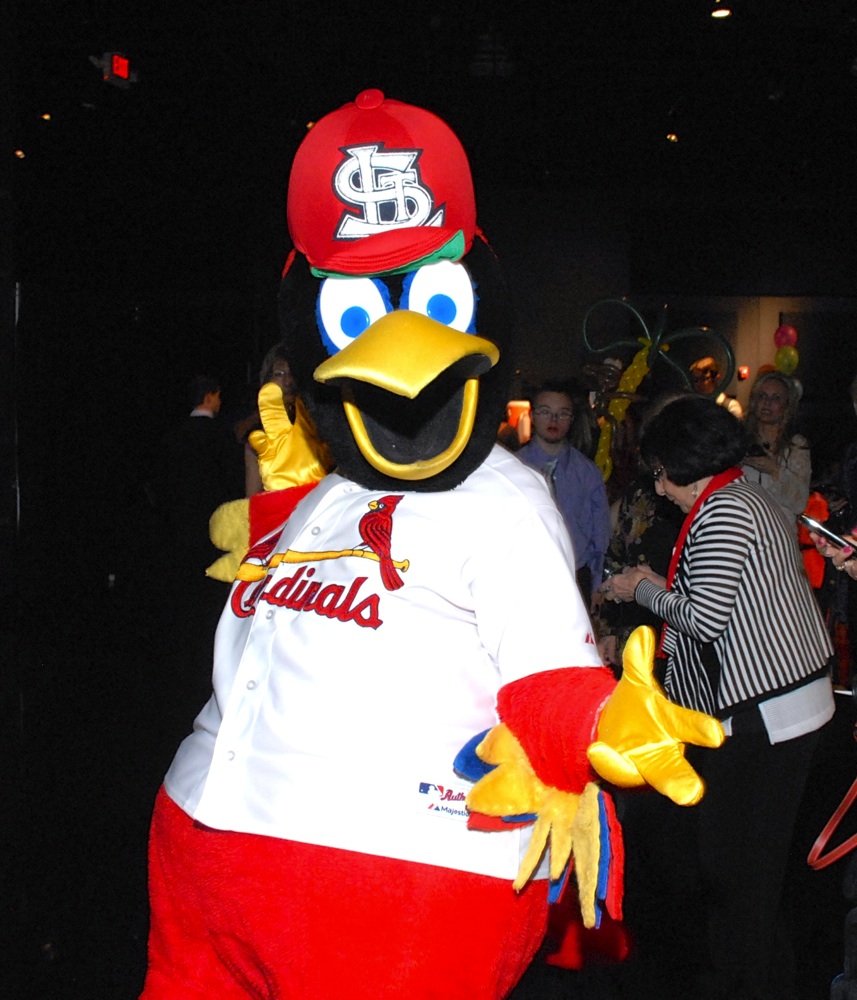 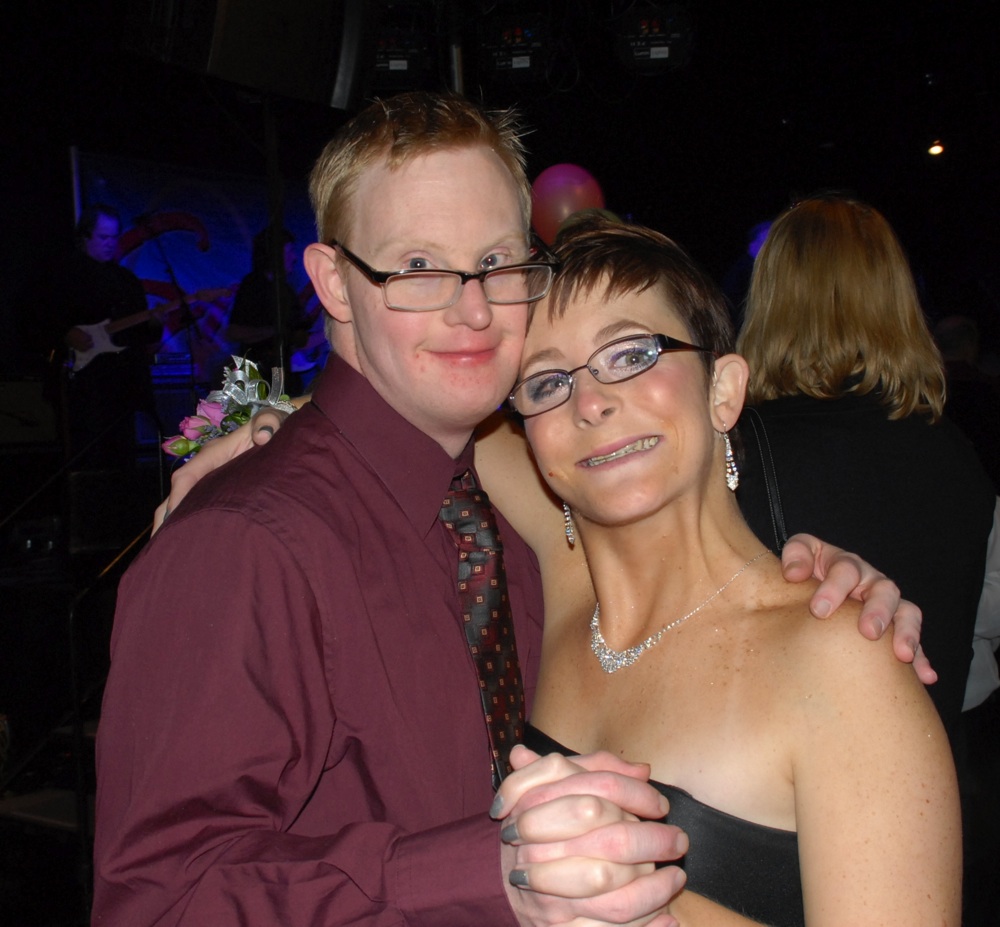 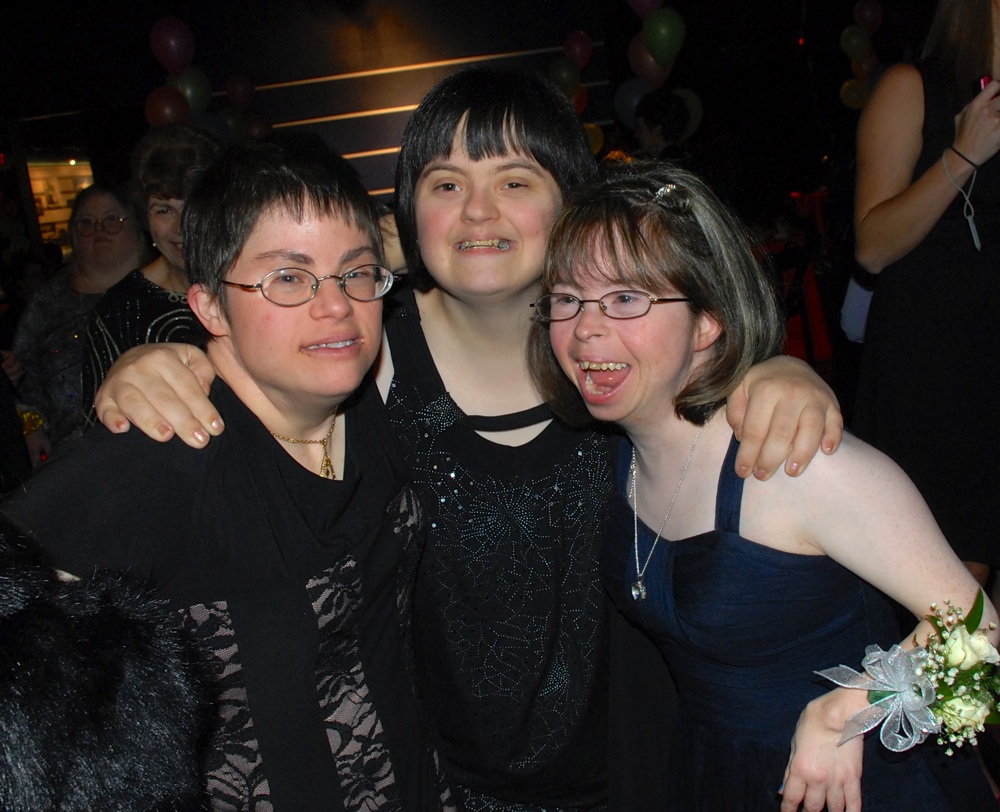 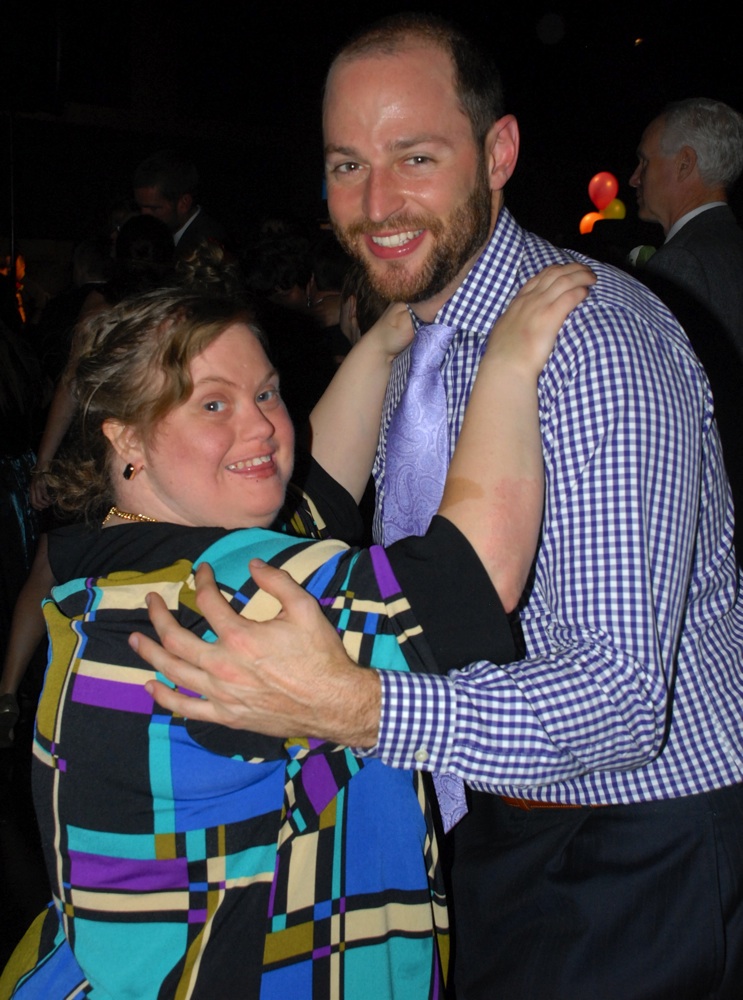 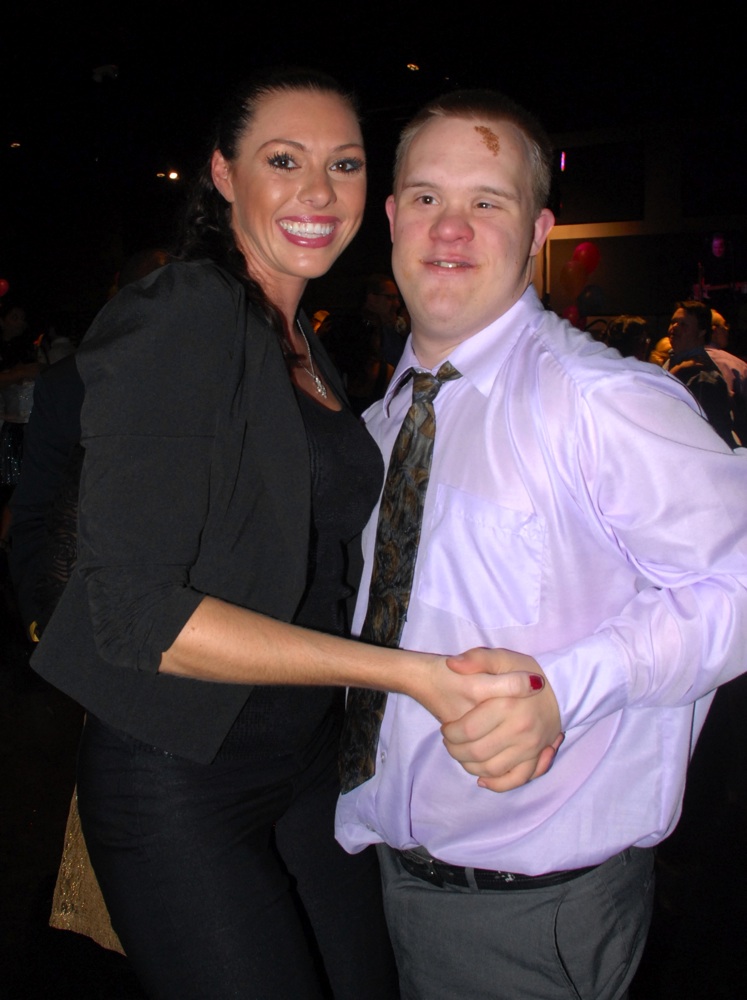 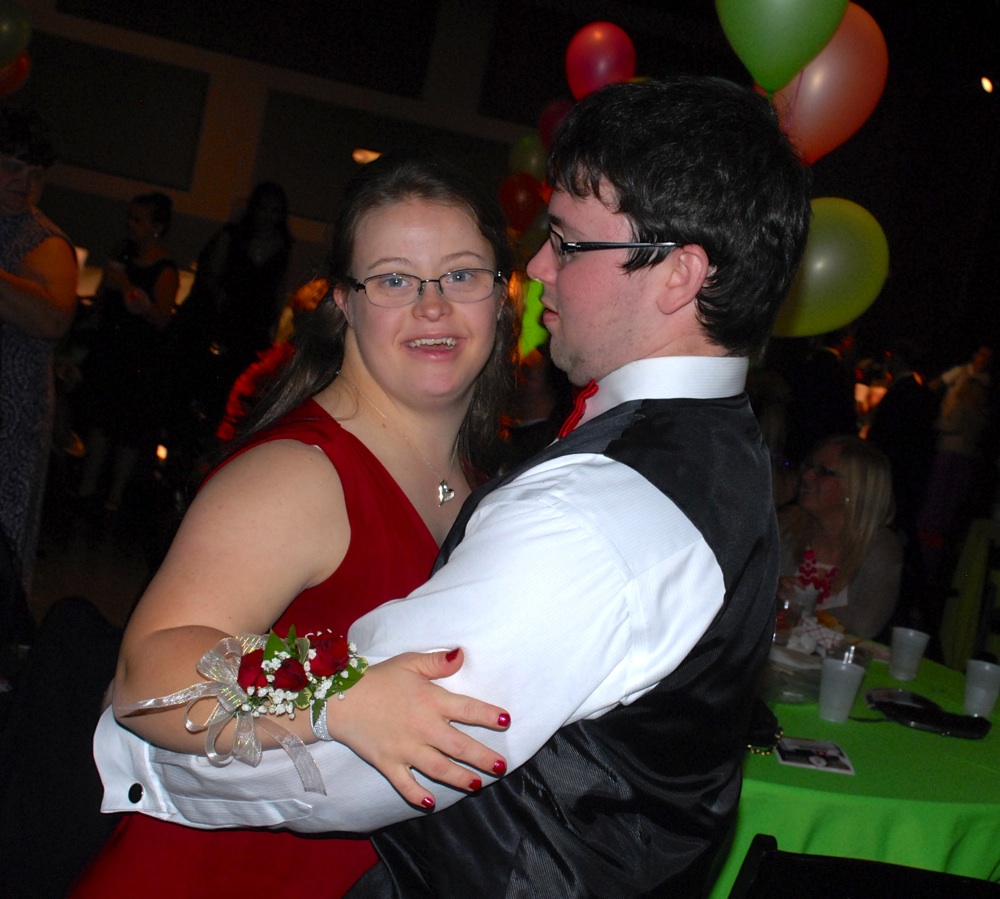 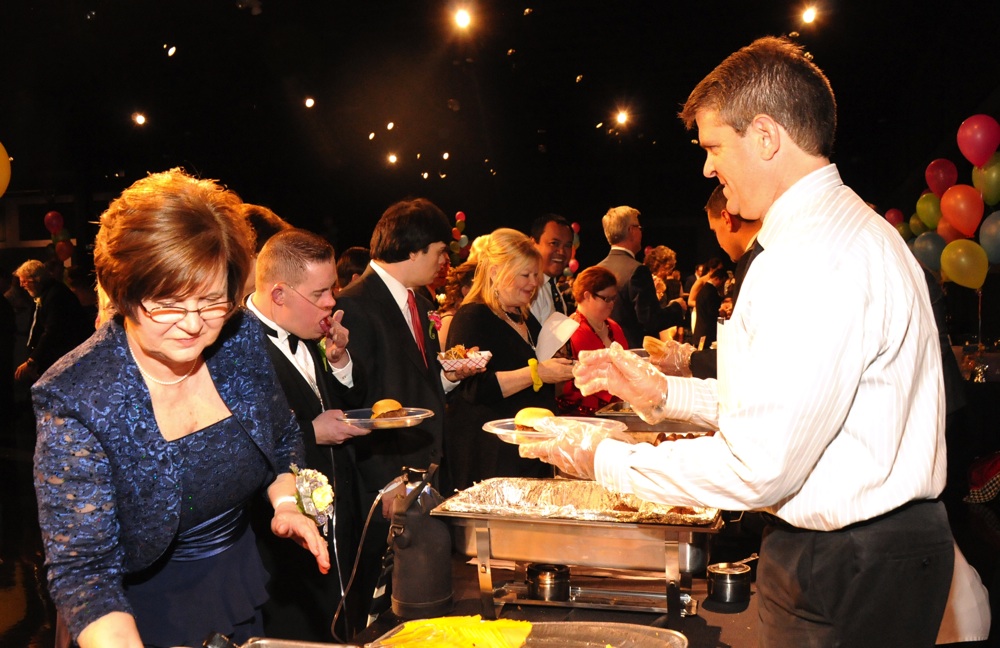 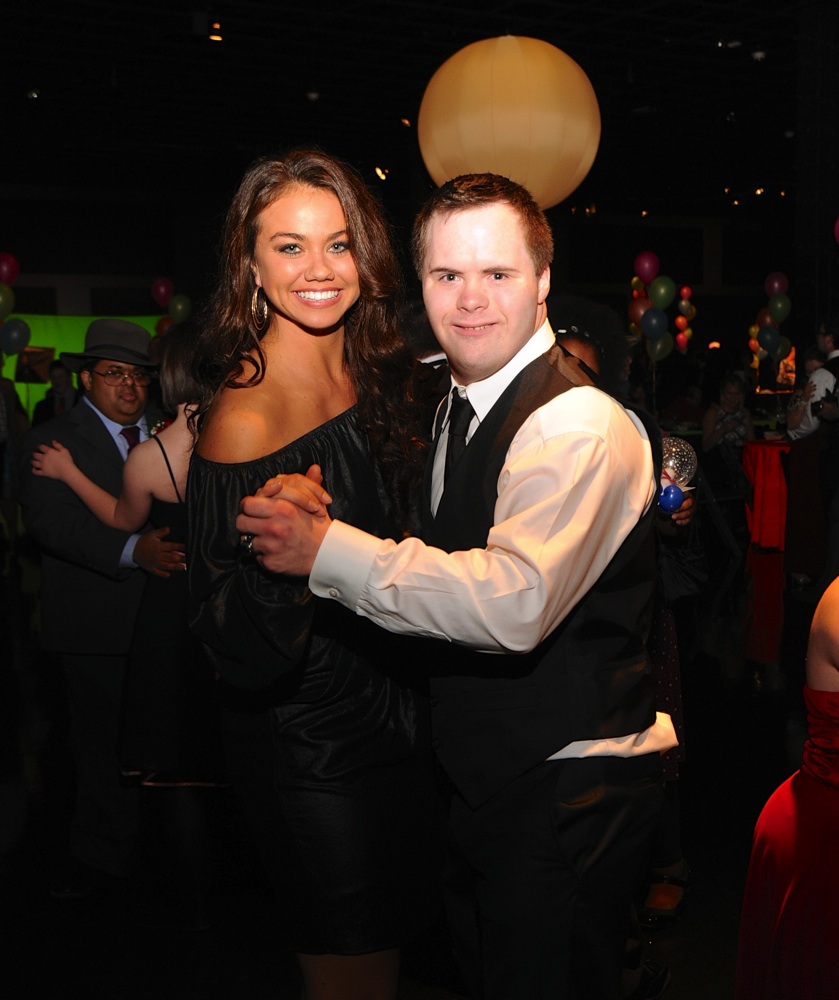 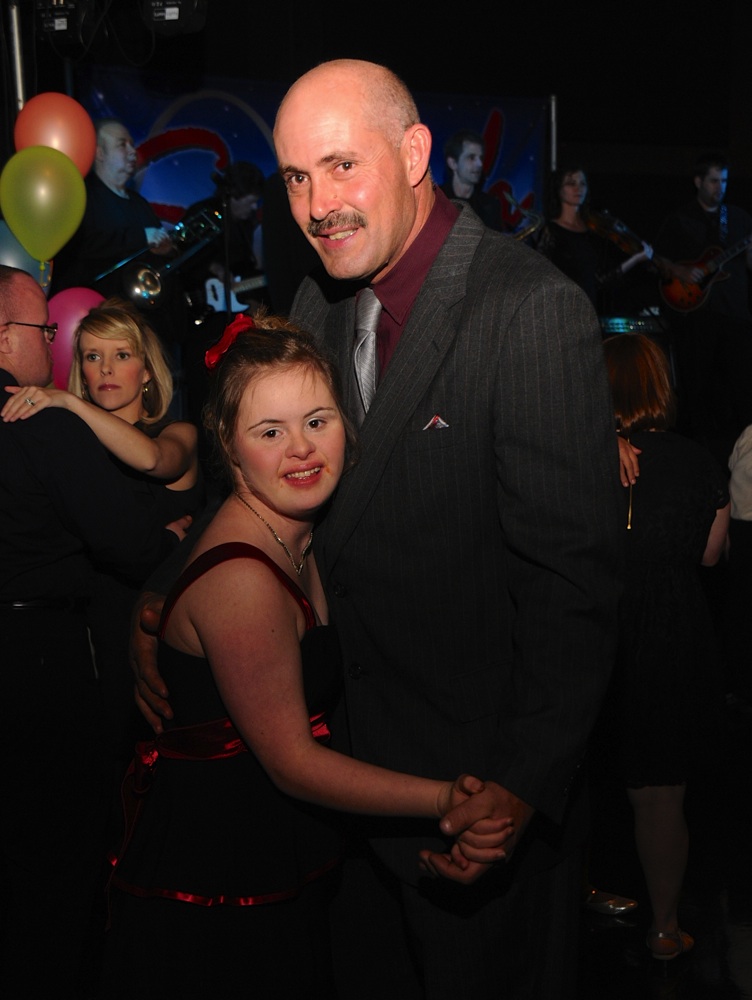 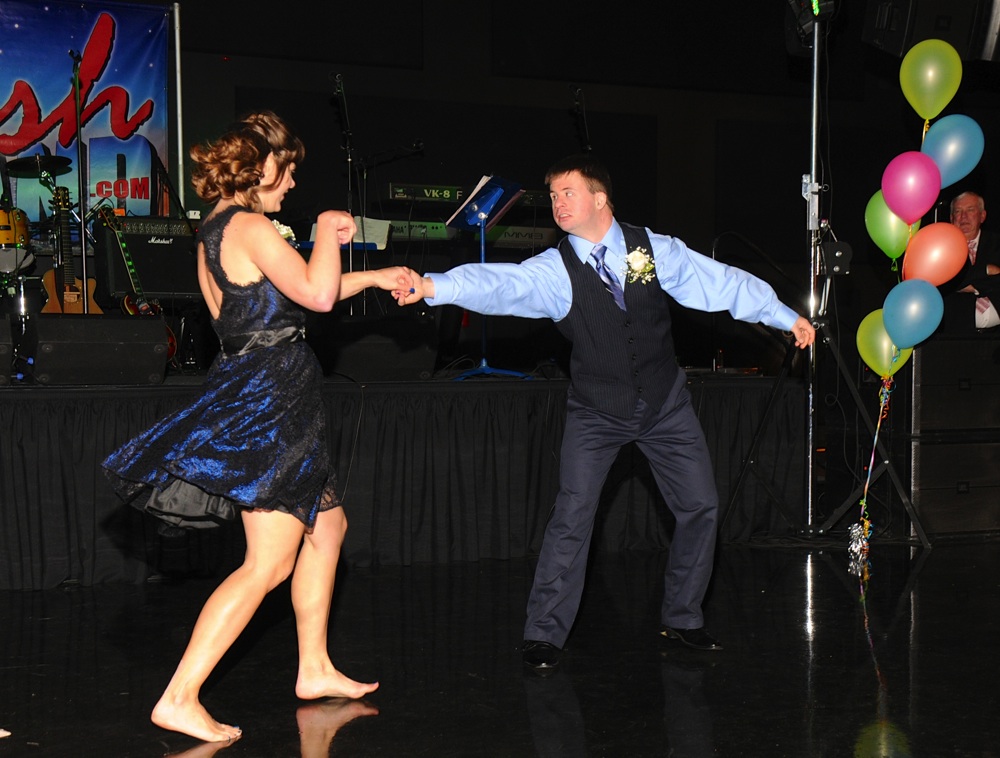 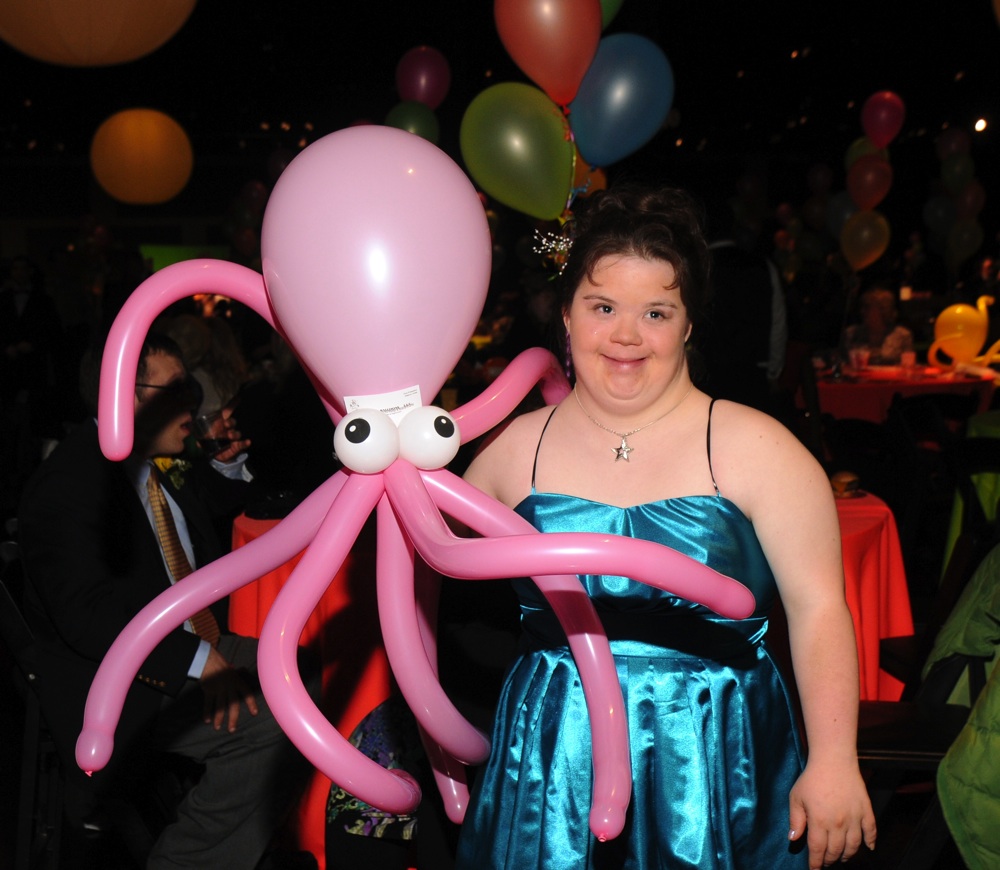 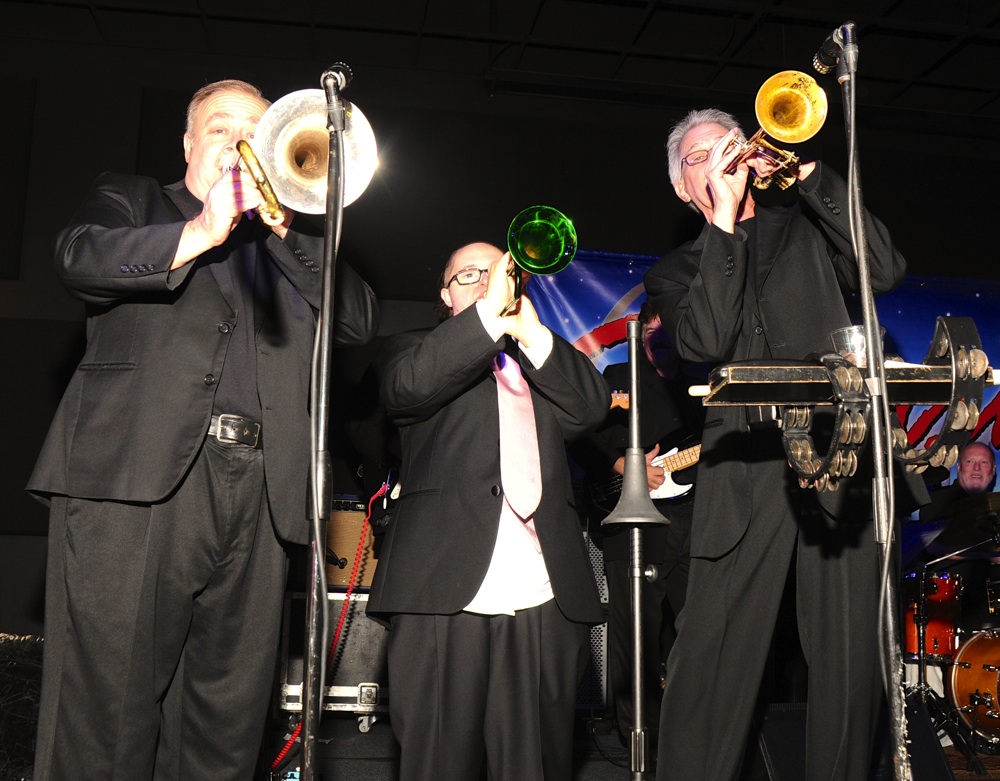 With the sweat still dripping, a few shirt tails hanging out and the hair a bit disheveled, a throng of prom-goers seemed to hit the cold night air in one giant wave.

The Smash Band had just wrapped up the night with ‘I Will Survive,’ and with just about everyone staying until the very final note played, the parking lot suddenly became a crazy frenzy of valets running to retrieve cars at the Kemp Auto Museum in Chesterfield, MO while limos and stretch Hummers navigated the tight parking to find their passengers.

And with that, another awesome Autumn Prom was in the books.

“Everything’s the best!,” said Claire Eastwood, 27, of Edwardsville, who was there with Christian Bristol, 37, of Glen Carbon. “I get to hang around with my best friend … “

“We get to dance and see Albert and his family,” added Christian.

“And the best part is that I get to be with my boyfriend,” added Claire.

Held on Friday, Nov. 8, at the Kemp Auto Museum in Chesterfield, the Seventh Annual Pujols Family Foundation Autumn Prom was the largest yet, drawing over 520 attendees with Down syndrome and their date, some coming from as far as Mt. Vernon, IL, and Iowa. The minimum age for the dance is 16, so part of the increase came from teens reaching the magical age. But Jen Cooper, PFF Program Manager, also credited word of mouth and families hearing about it from other families.

But for most of the prom-goers, this night is now a staple on the calendar, and hanging out with Albert and the Pujols family and The Smash Band is like one big family reunion and dance party all wrapped into one.

“I think they realize that this is a safe place for them, there’s a comfort level, and they know their friends will be there and they can really let loose and have fun,” said Jen Cooper.

The prom started at 7 pm, and upon arrival, the prom-goers were greeted with a red carpet entrance that included a throng of cheers and applause.

Once inside, prom-goers could have their photos taken at two booths, one with a green screen and props by Grayward Entertainment as well as an official Autumn Prom photo by Life At Play Photo sponsored by SLU Care.

And The Smash Band provided their usual amazing medley of songs both fast and slow to dance to.

About 7:50 pm, Albert and his family took to the stage to say hi. Son AJ, who was sister Bella’s date, gave a shoutout, and wife Dee Dee thanked everyone for coming, and Bella said a thank you and, “I love you.”

Albert added, “It’s good to see you, thank you for coming tonight. We’re going to have a blast. We miss you during the season. I may be in LA, but I have you guys with me in my heart. Let’s get ready to dance!”

And it wasn’t just shimmying and shuffling. Some of the prom-goers gave glimpses of Dancing With The Stars moves, thanks in part to a group called Albert’s Rising Stars taking part in Studio C Performing Arts Center classes.

Studio C is an extension of Leftovers, a nonprofit in St Charles that uses surplus resources to help advance education and arts. Studio C got in touch with the PFF three years ago and that led to a pairing, which has led to about 10 of Albert’s Rising Stars taking dance classes.

“We fell into this and I absolutely love every minute of it,” said Sandy O’Dell, Leftovers Executive Director. “Most of the students are adults and there isn’t as much to do after high school so this offers a year-round opportunity. And for me, I’ve fallen in love with all of them.”

Smash and The Smash Band crew also have developed a special relationship with everyone.

Smash gave lots of shout-outs to those celebrating birthdays, and a number of prom-goers took to the stage and sang and danced and even snagged the microphone a few times to give all sorts of speeches.

And Mike, 28, of Mascoutah, IL, even brought a trumpet that he held to his lips in sync with the band while on the dance floor.

“Smash has such great interaction with them,” said Jen. “The band really creates an environment where the kids can kick back and have a good time.”

Longhorn Steakhouse was a new sponsor this year and even Longhorn Managing Partner Joe Reiser was surprised and impressed by the prom-goers’ energy.

“The enthusiasm is great and the kids are loving it,” Reiser said. “This is neat, really, really neat to see.”

As the night drew to a close, the smiles on the faces of the prom-goes leaving the dance floor let everyone know that they cannot wait for next year.