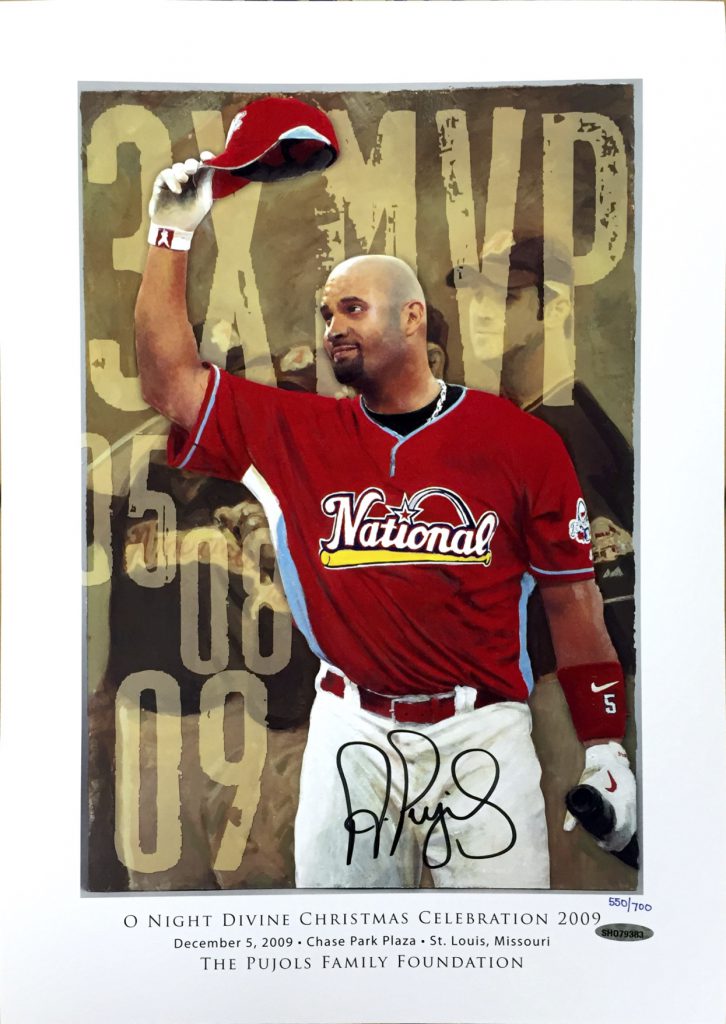 This Limited Edition print is numbered to only 700 pieces worldwide. These wonderful fine art prints were created by artist, Todd Perry, exclusively for the Pujols Family Foundation gala in 2009 to showcase a milestone from Albert’s career, during that year.   Albert will never sign the complete run of 700. He will only sign up to the number of guests anticipated for the gala. It is estimated that only 550 of these prints were actually autographed by Albert in 2009.

The value of each print is based on number signed, accomplishments of that year and demand for the image. We have very limited numbers of any given print, in our inventory. These numbers are based solely on overage estimates from the gala that year.  Once we are sold out. We are sold out. We will never recreate or have Albert sign additional prints from any addition. 100% of these proceeds go to support the on-going work of the Pujols Family Foundation.

This 2009 print celebrates the 2009 All-Star game, hosted by Albert Pujols at Busch Stadium in St. Louis.  This is also Albert’s final National League MVP year. It is autographed in black sharpie and is authenticated by Upper Deck Authenticated. The print measures approximately 12″x 18″. 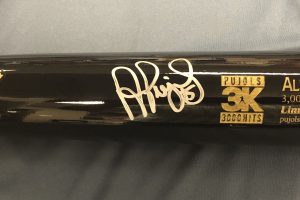 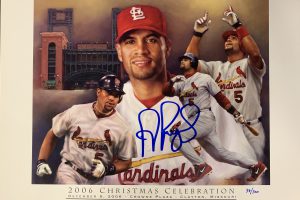