Celebrating the Past, Present and Future at the Missouri History Museum 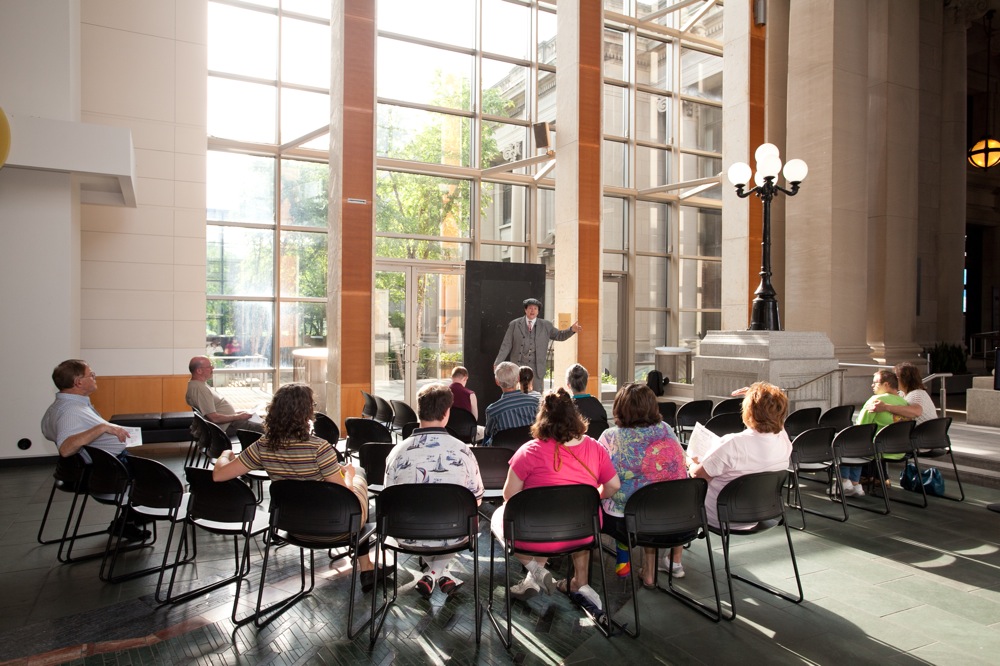 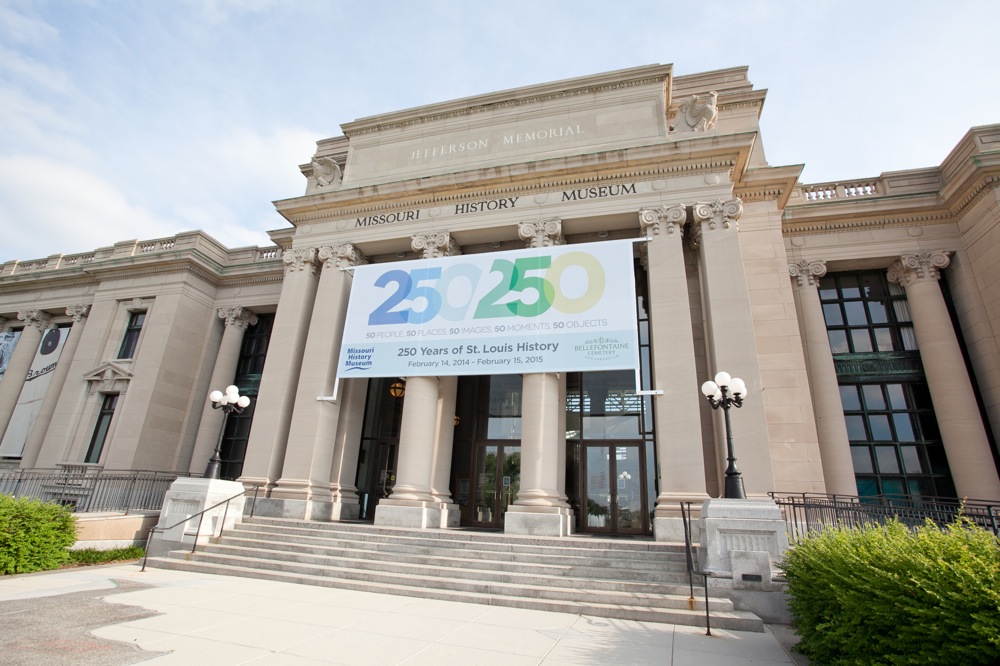 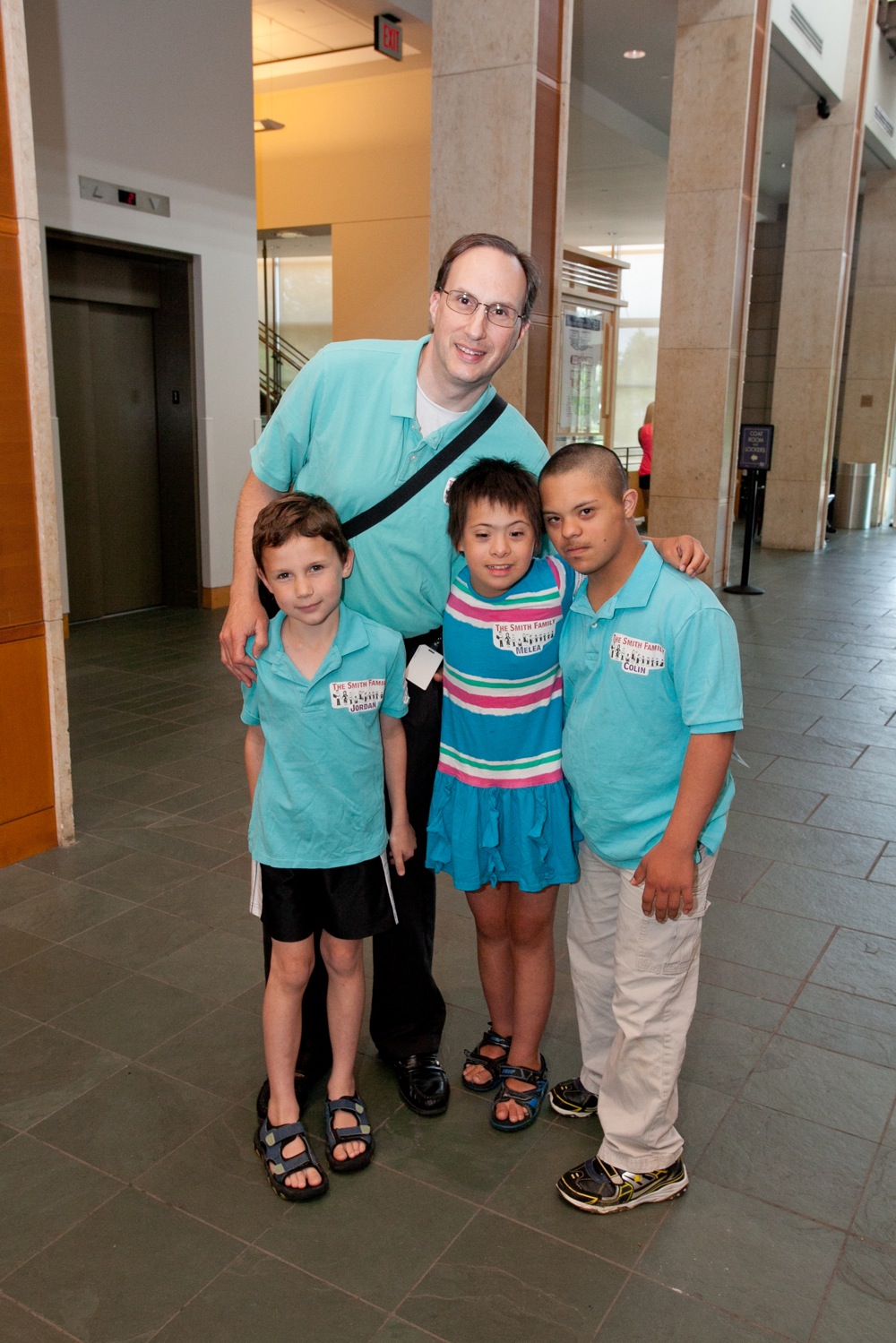 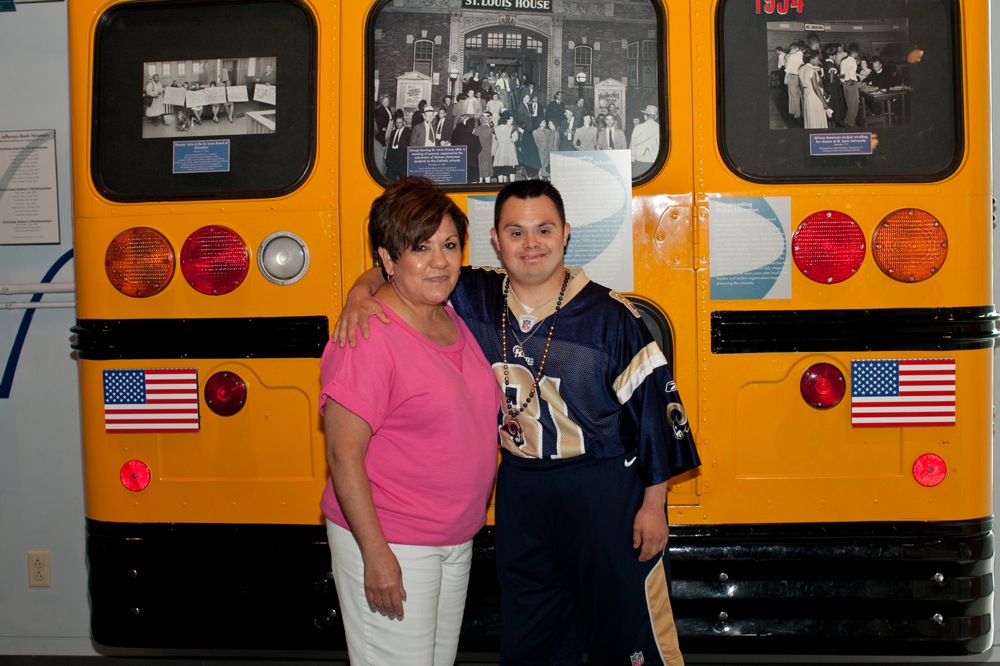 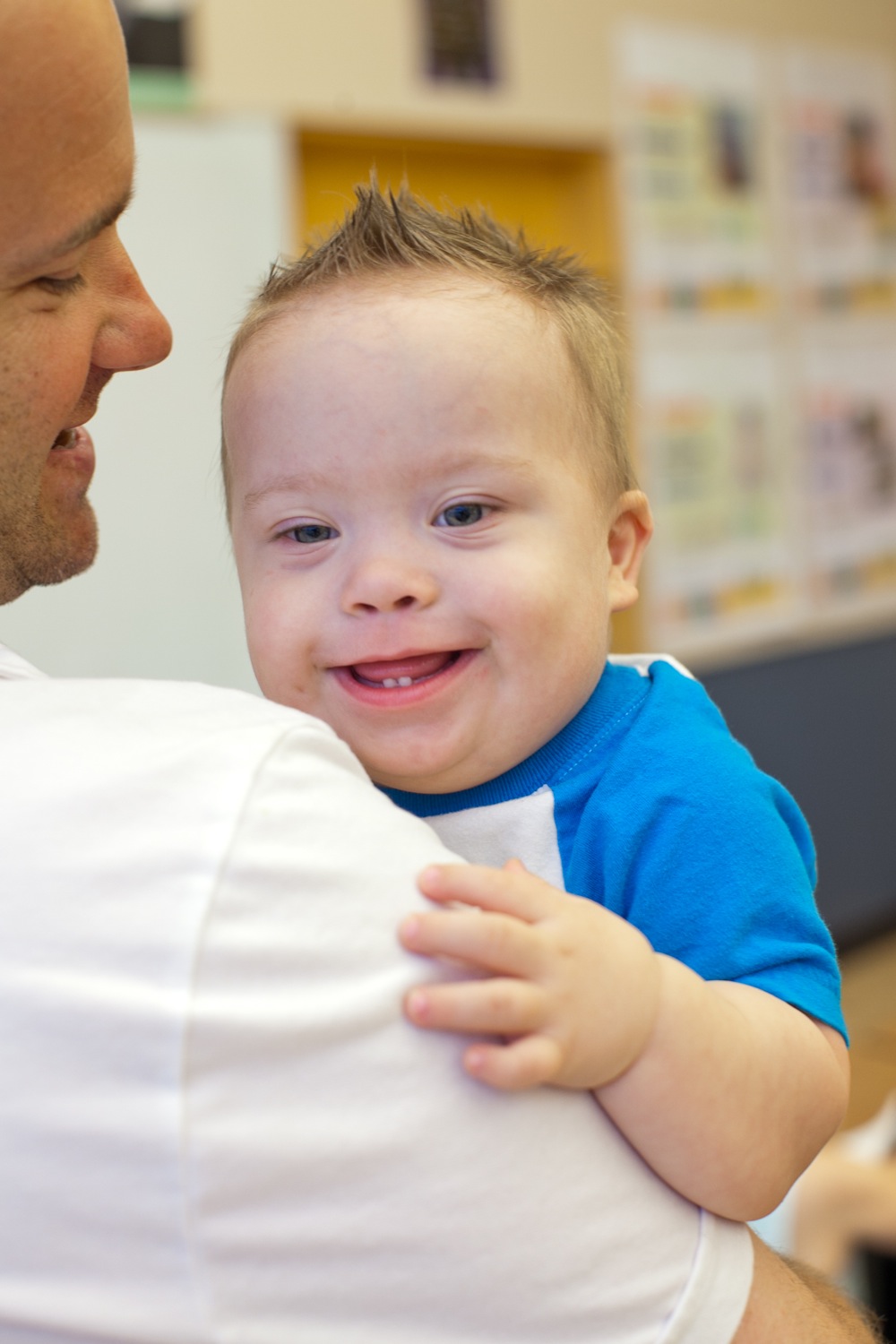 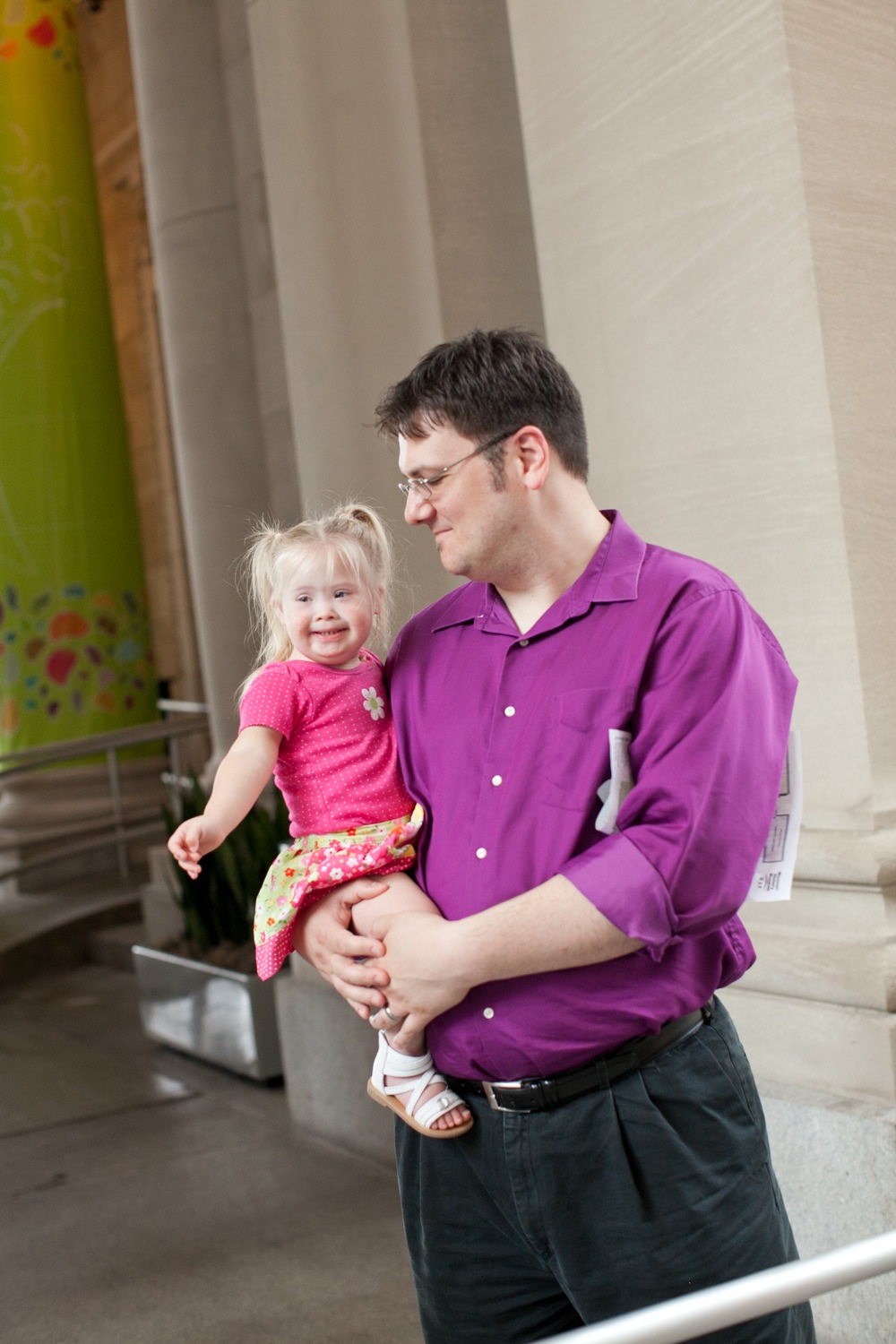 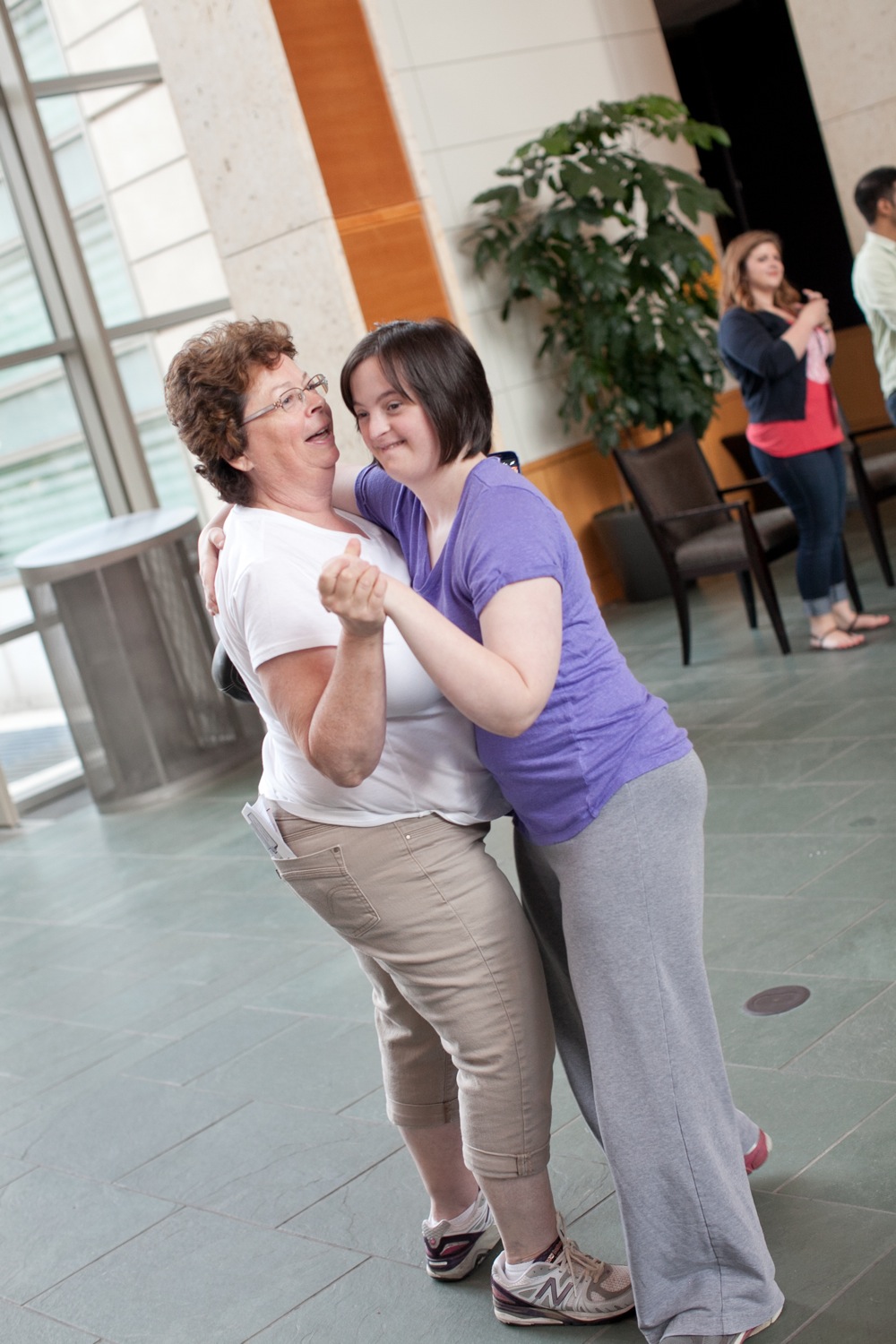 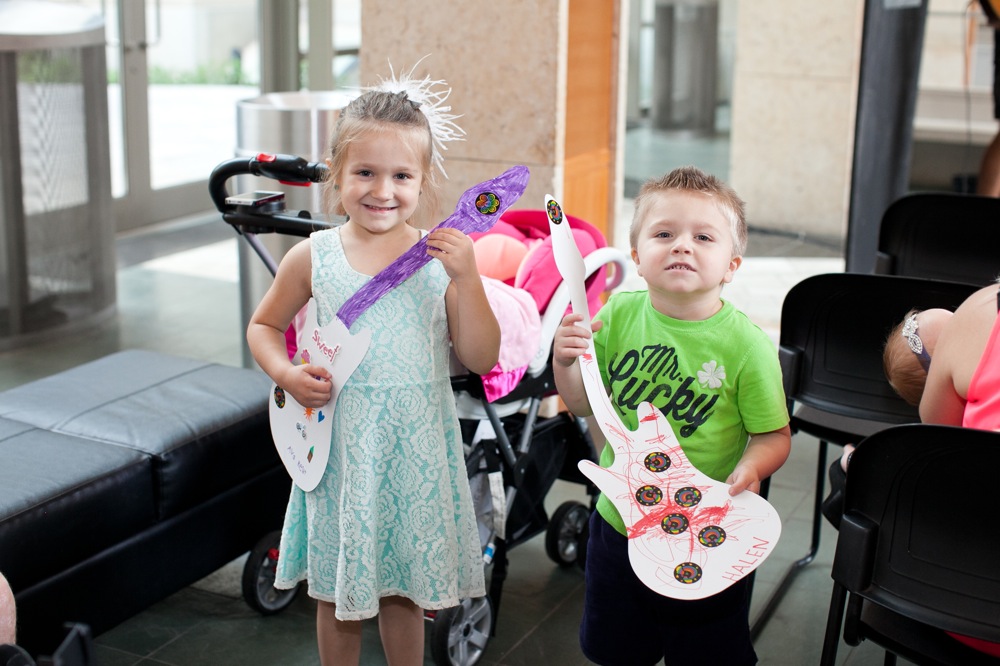 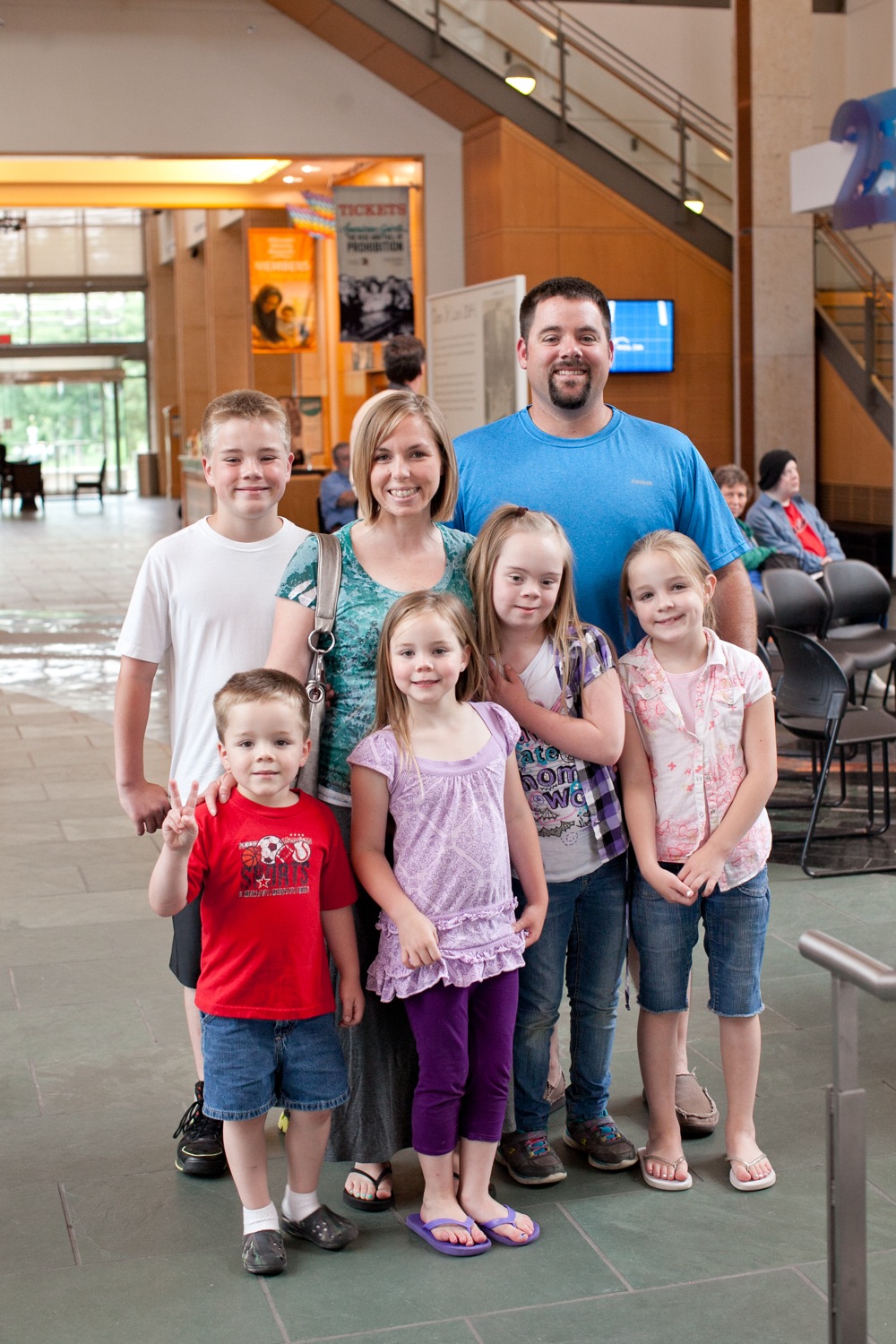 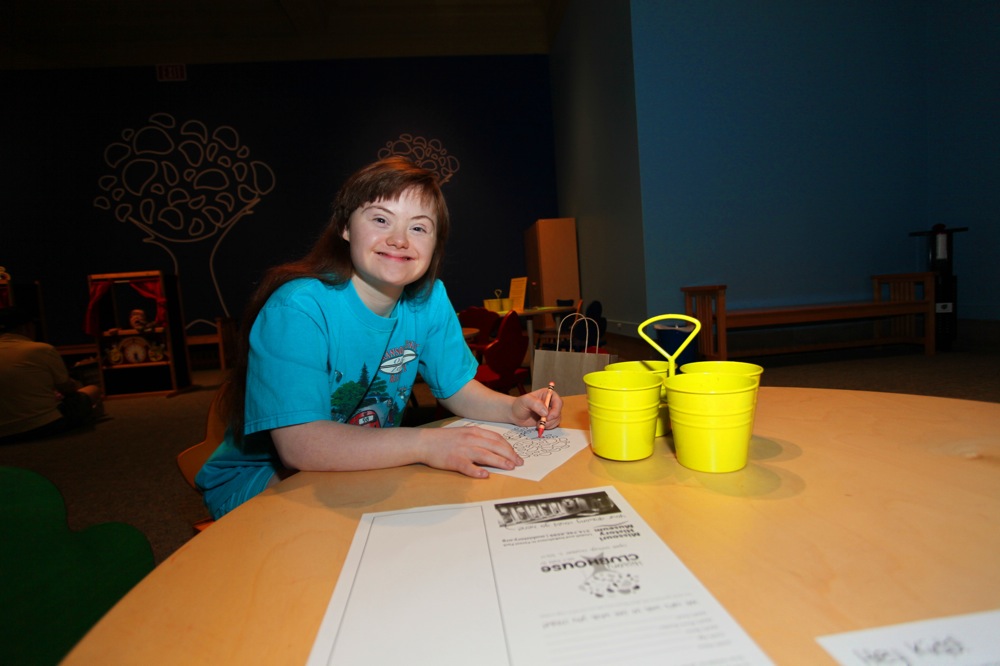 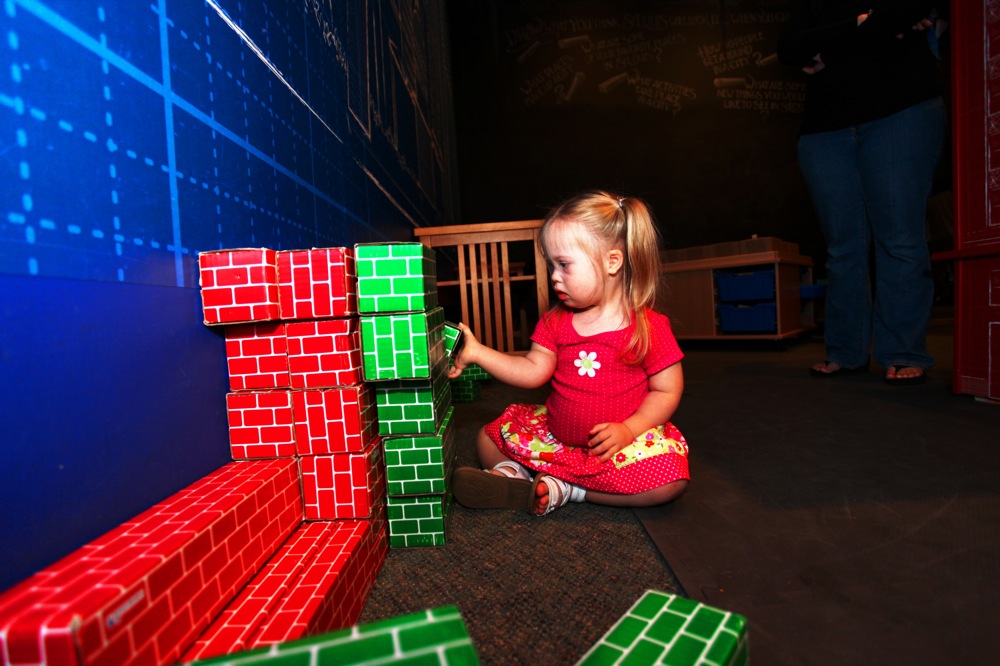 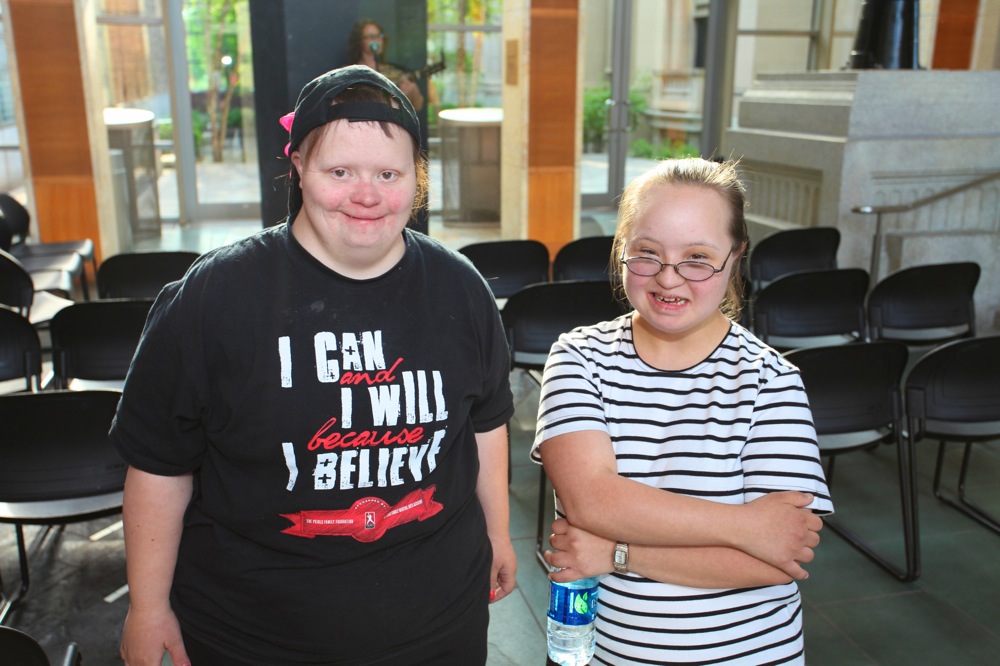 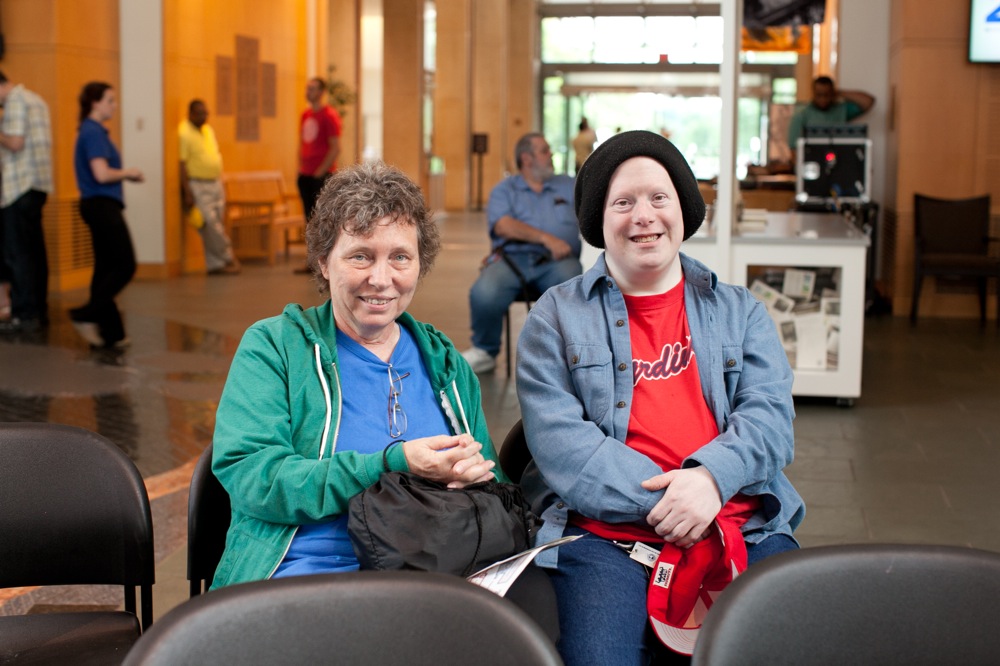 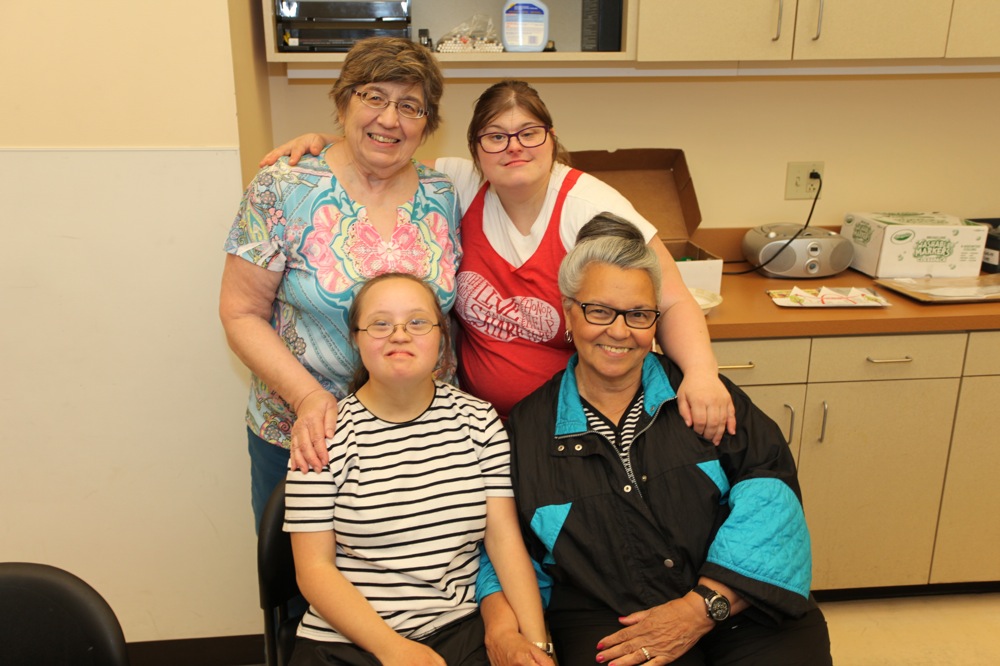 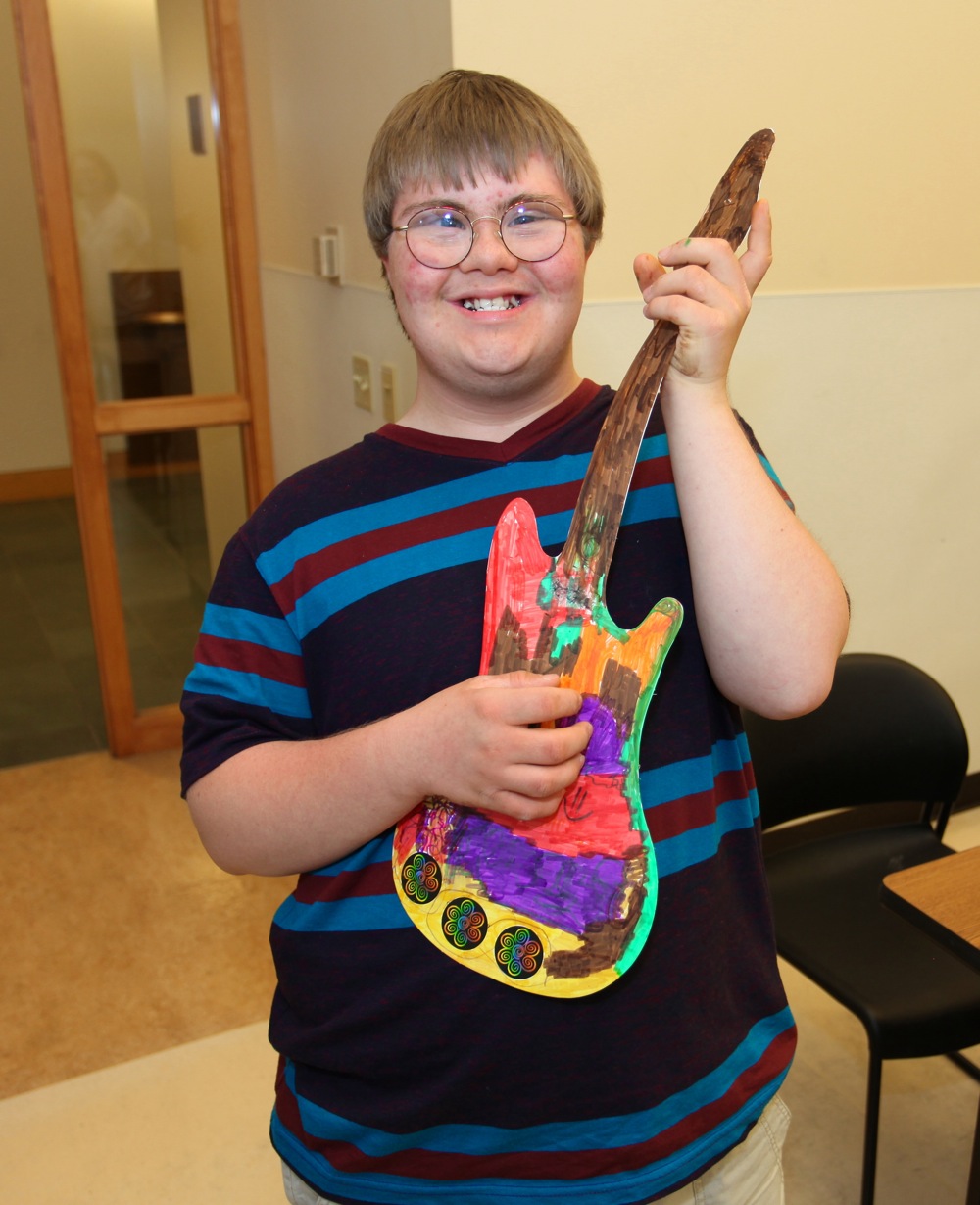 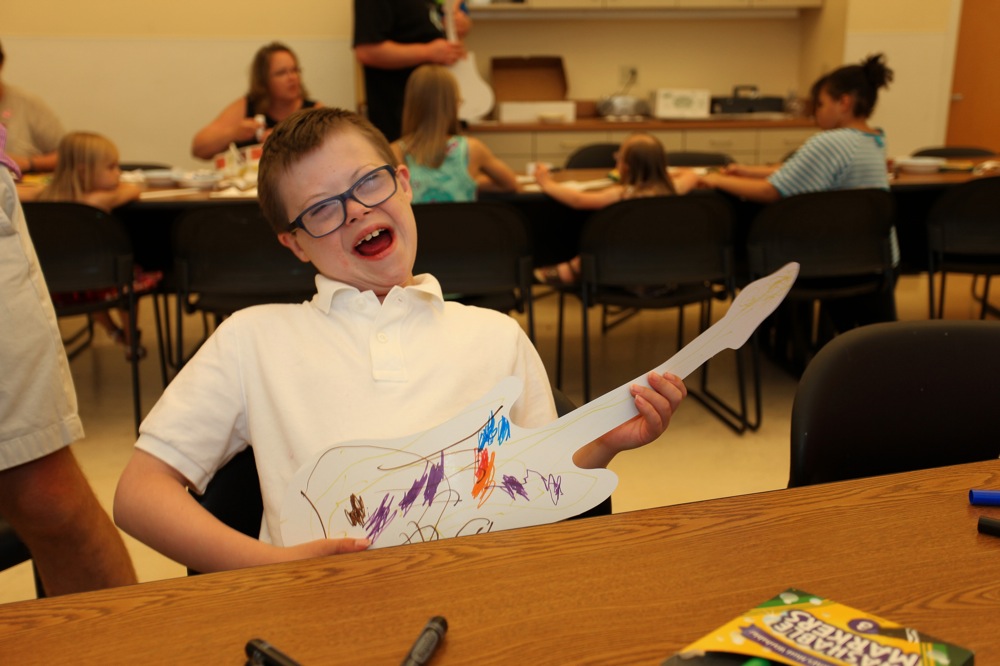 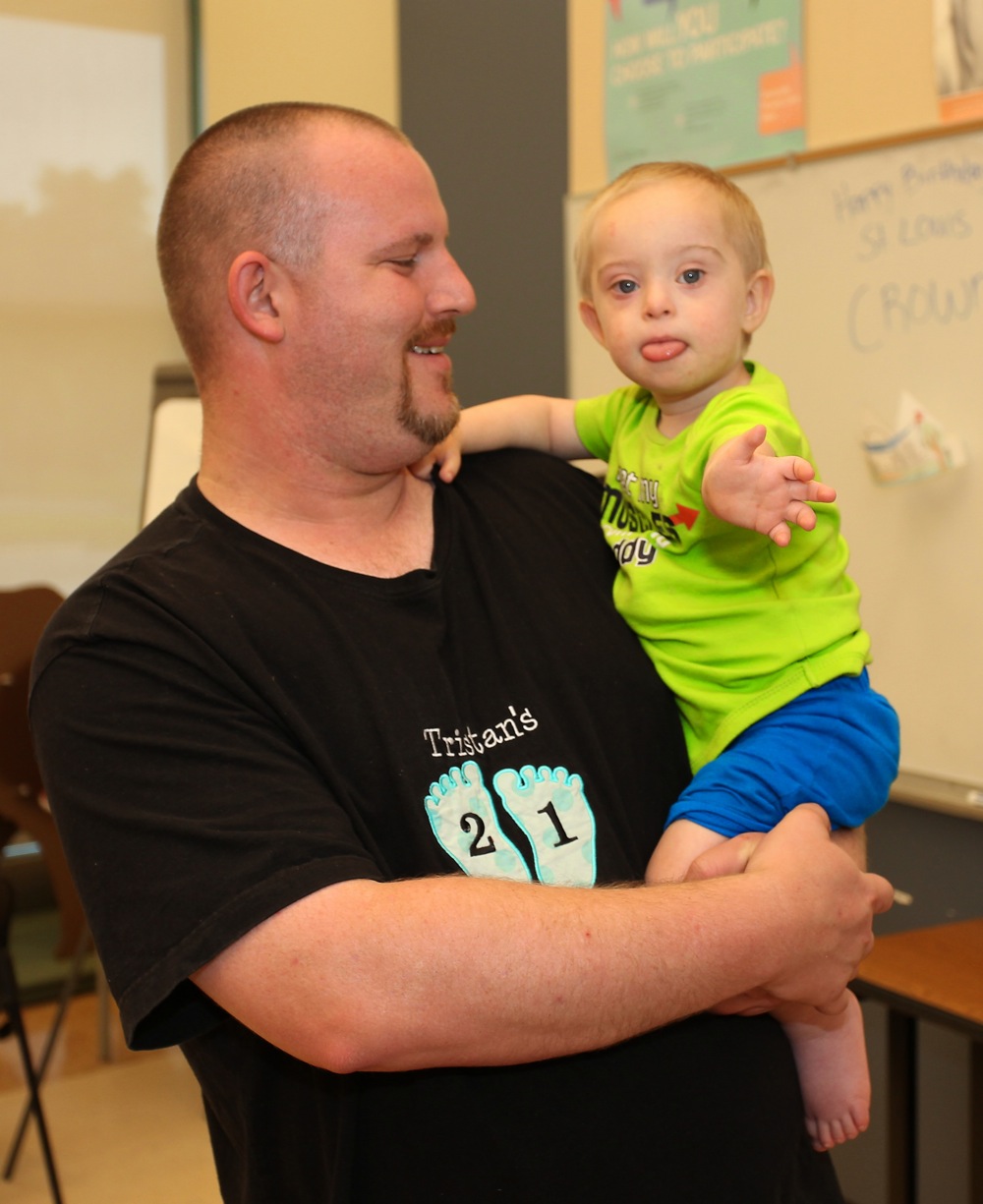 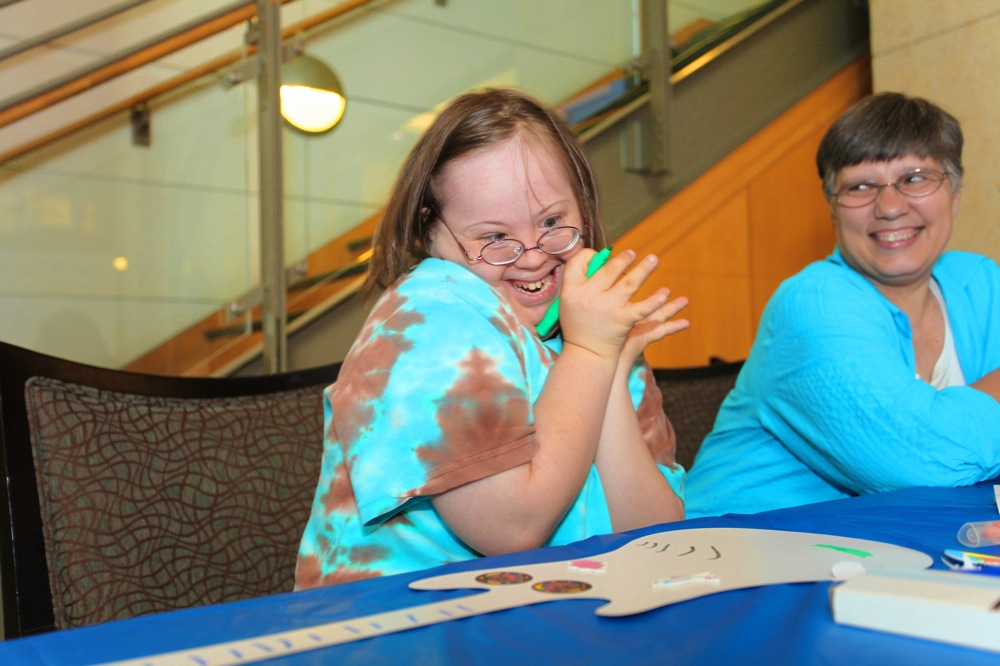 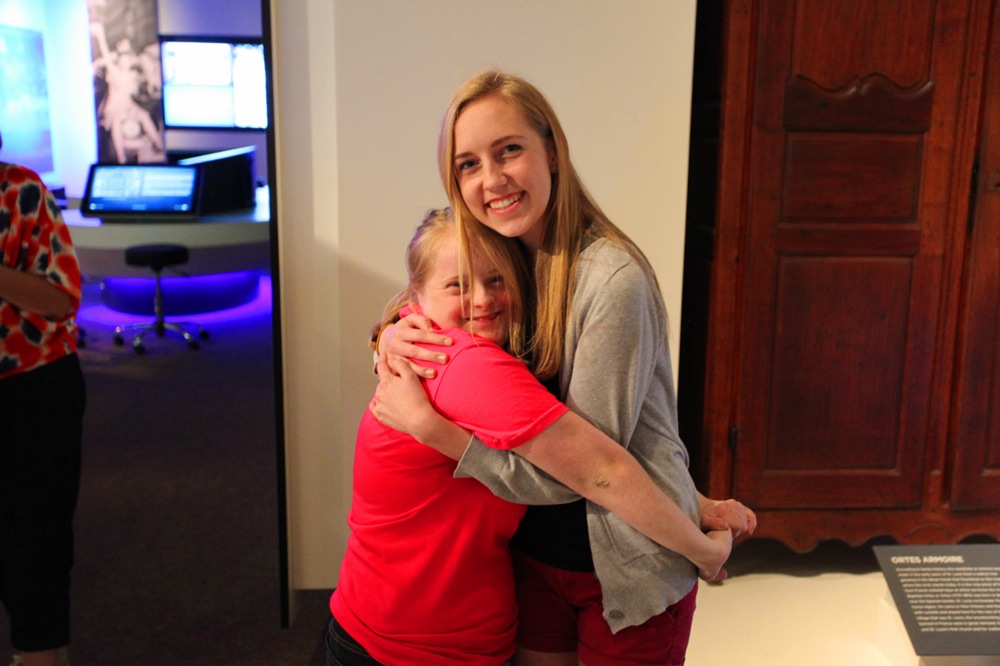 Today, museums have the ability to open our minds to new ideas of entertainment, exploration, and education. The Missouri History Museum, located in historical Forest Park, achieves this revelation. The Pujols Family Foundation and the Missouri History Museum both share a common goal of bringing awareness and building the St. Louis community, and with that goal in mind they decided to partner together for an event called ‘Night at the Museum’. On Thursday June 5, 2014 staff and volunteers from the PFF and the MHM gathered together to welcome families of St. Louis’s Down syndrome community.

As the event kicked off, families made their way through the doors and received a friendly greeting from the PFF team and the MHM staff. The majority of families started the event off at the History Clubhouse: Let’s Build It! exhibit.  Not to our surprise, the History Clubhouse presented by the Crawford Taylor Foundation was a favorite among our guests. The exhibit asked families to engage with some of St. Louis’s favorite places. They took a step back in time and explored local history in a way that is active and fun by shopping at Soulard Market, looking at life in the ancient city of Cahokia, and working together to build the Wainwright Building. Another fun, interactive portion of this event was the craft section, where kids could cut out and color their own Chuck Berry guitar or a princess crown.

Families also joined in on the celebration of St. Louis turning 250 years old.  The MHM tells vivid stories that shaped St. Louis into the city it is today from the past 250 years. The 250 exhibit presented by Bellefontaine Cemetery is part of a yearlong celebration and will remain open throughout 2014. The celebration of St. Louis’ 250th birthday continues through local business and people. St. Louis is a captivating city representing more than 200 years of dreams, ideas and efforts. Seeking St. Louis, another exhibit at the Missouri History Museum, tells many engaging stories. Visitors to Seeking St. Louis explored the past and its impact upon the present and the future. Two galleries, Currents and Reflections, tell the story of the St. Louis region through state-of-the-art displays and interactive exhibitions featuring thousands of artifacts.

Guests were able to experience a very unique and powerful exhibit created by the National Constitution Center and presented by Anheuser-Busch, the American Spirits: The Rise and Fall of Prohibition exhibit painted a very colorful and interactive picture showcasing Prohibition and the effect it had on our country. This exhibit contained over 100 rare artifacts including flapper dresses, temperance propaganda, a 1929 Buick Marquette, and original ratification copies of the 18th and 21st Amendments. There was a re-created speakeasy where you could learn to Charleston and explore the fashion, music, and culture of the Roaring ’20s, which our guests could not get enough. There was also films, music, photos, and multimedia exhibits including the dazzling Wayne Wheeler’s Amazing Amendment Machine, a 20-foot-long, carnival-inspired contraption that traces how the temperance movement culminated in the 18th Amendment. One of the highlights of the exhibit for our families was a custom-built video game where you serve as a federal agent tracking down rumrunners. Even PFF staff and volunteers got in on the fun. If being on the law enforcement side of things was not appealing, then guests had the opportunity to get their ‘mug shot’ taken in a lineup next to the likes of Al Capone.

St. Louis has a strong history and that is partly because on April 30, 1904, Louisiana Purchase Exposition Company President David R. Francis officially opened the Louisiana Purchase Exposition also known as the 1904 World’s Fair with the call, “Open ye gates. Swing wide, ye portals.” A magnificent spectacle greeted the opening day crowd of 200,000 a dazzling city stood on what had been a woodland park. Fair organizers had erected nearly 1,500 buildings including several grand ‘palaces’ across 1,200 acres of a newly redesigned Forest Park. The World’s Fair had a powerful impact on St. Louis that still reflects upon the city today.

The guests, along with the Pujols Family Foundation team enjoyed live entertainment and music throughout the evening. When the event came to an end, Marko Polo, a local St. Louis musician, closed out the evening with some really ‘historical’ songs that everyone enjoyed singing and dancing along to, particularly the ‘Name Game’ song. The Missouri History Museum aims to develop and further the comprehension and appreciation of the past, present, and future. Everyone left filling enchanted, as if they had been through a time machine and had lived another life and knew more about the community they were sharing.