Spring into Nature at Rockwoods Reservation 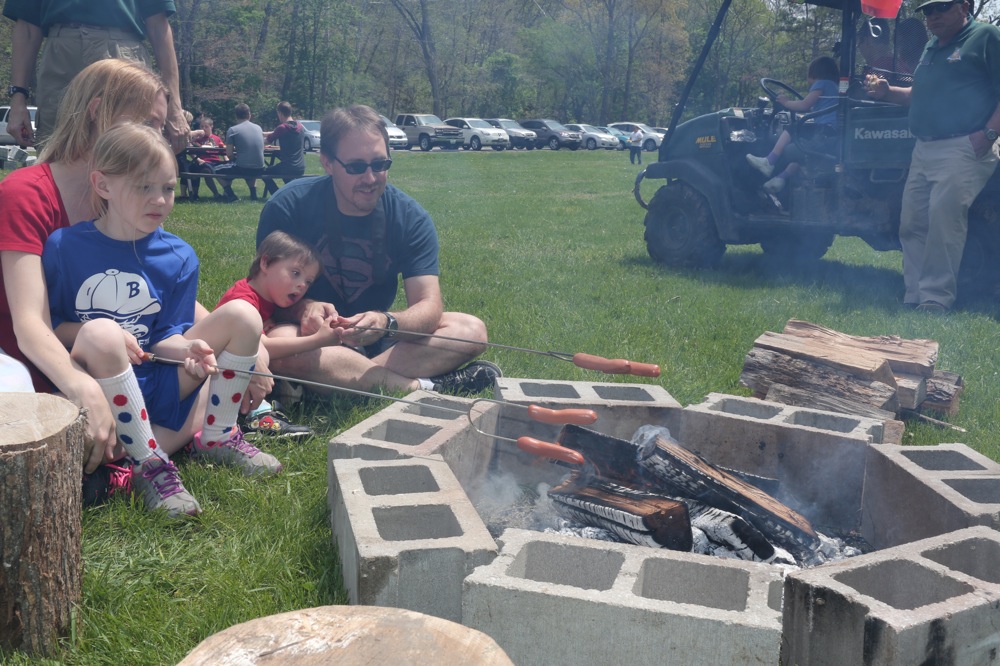 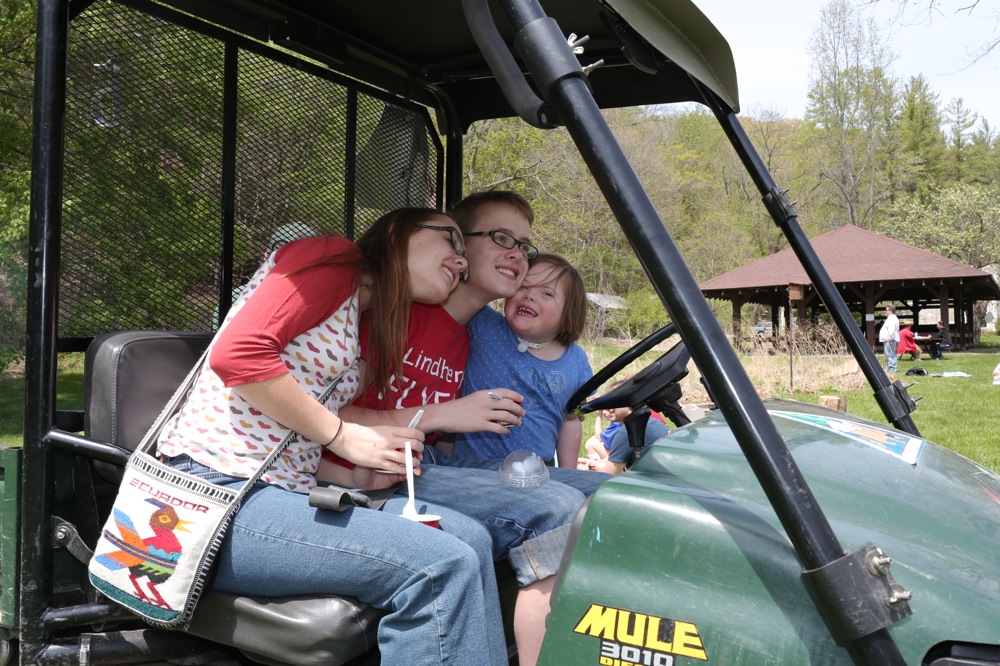 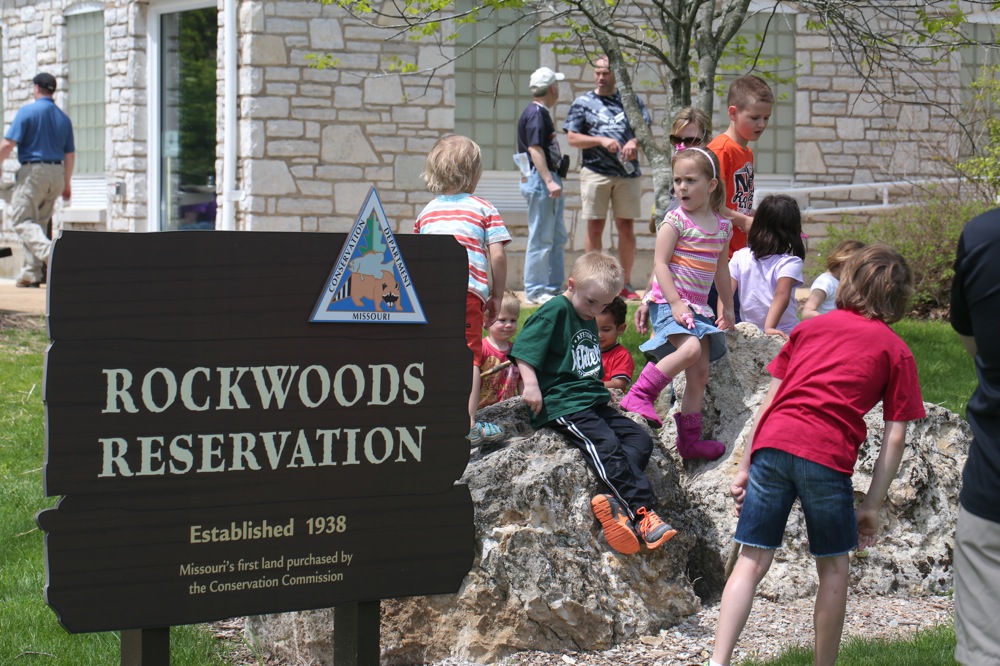 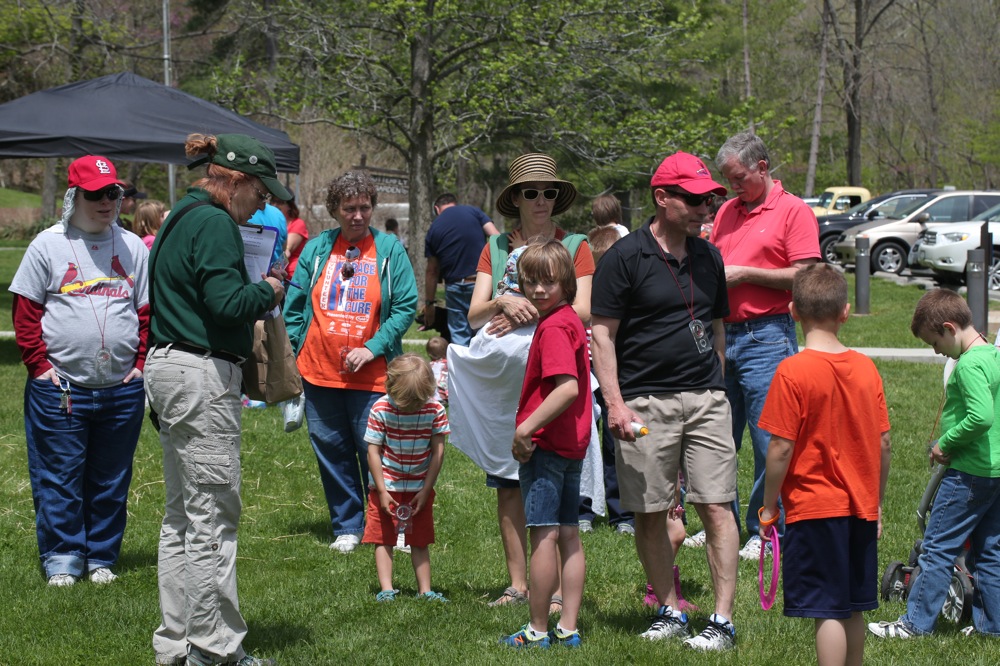 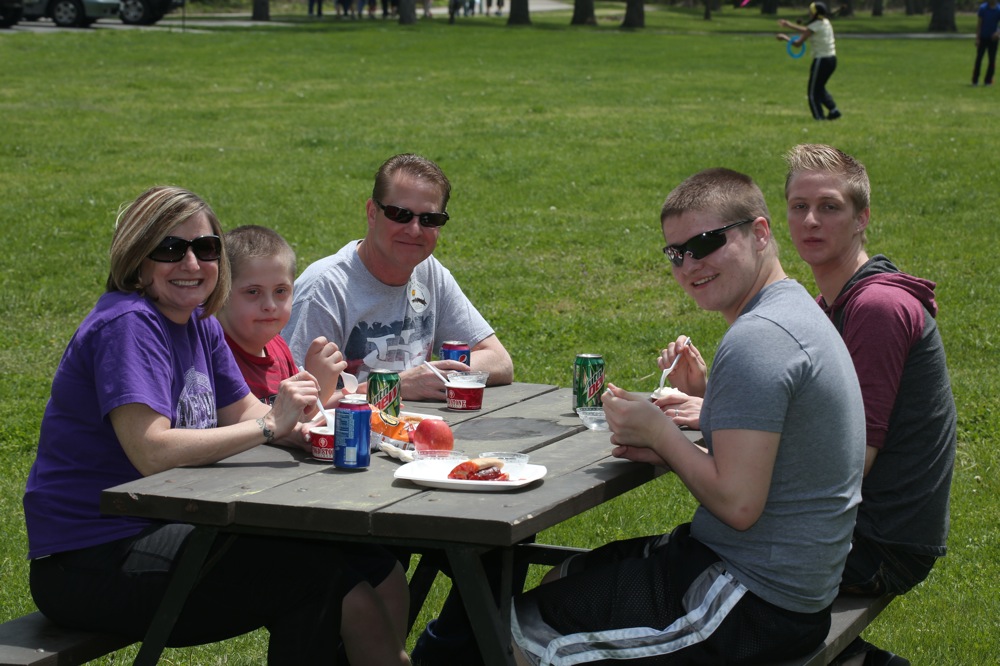 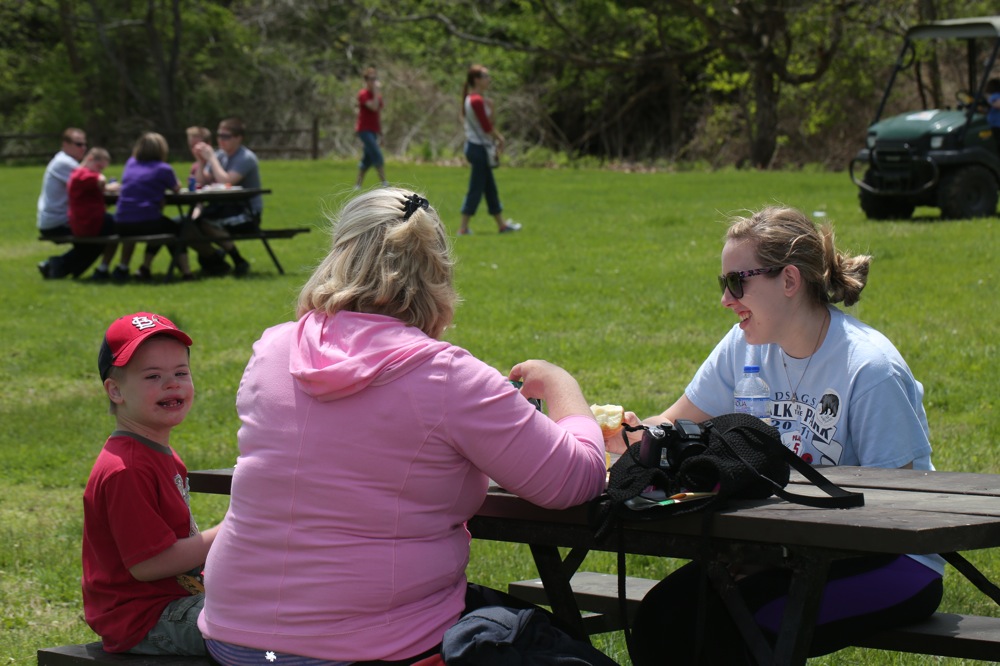 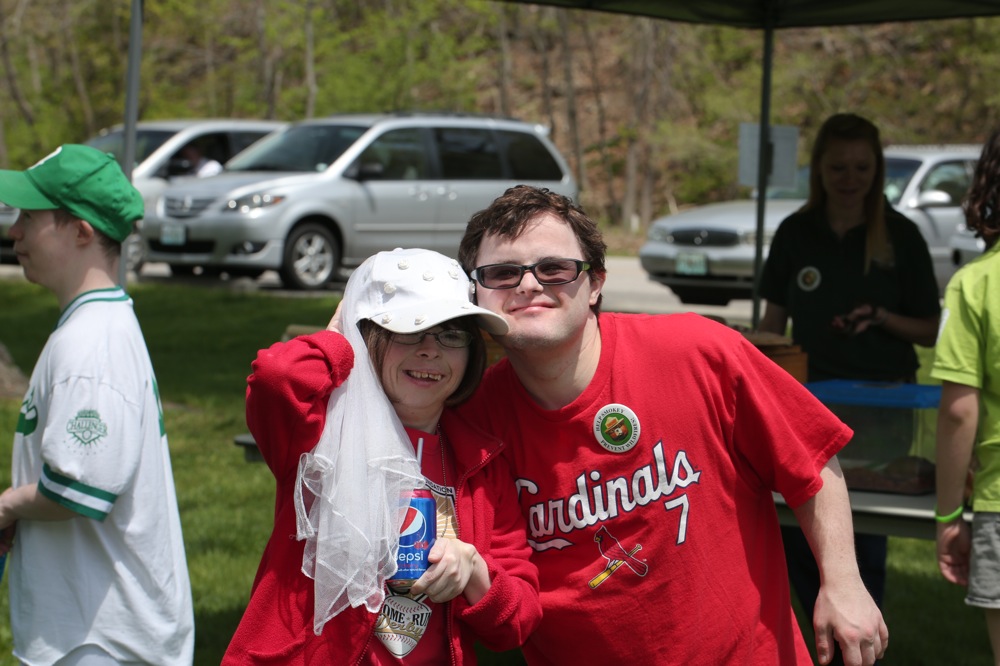 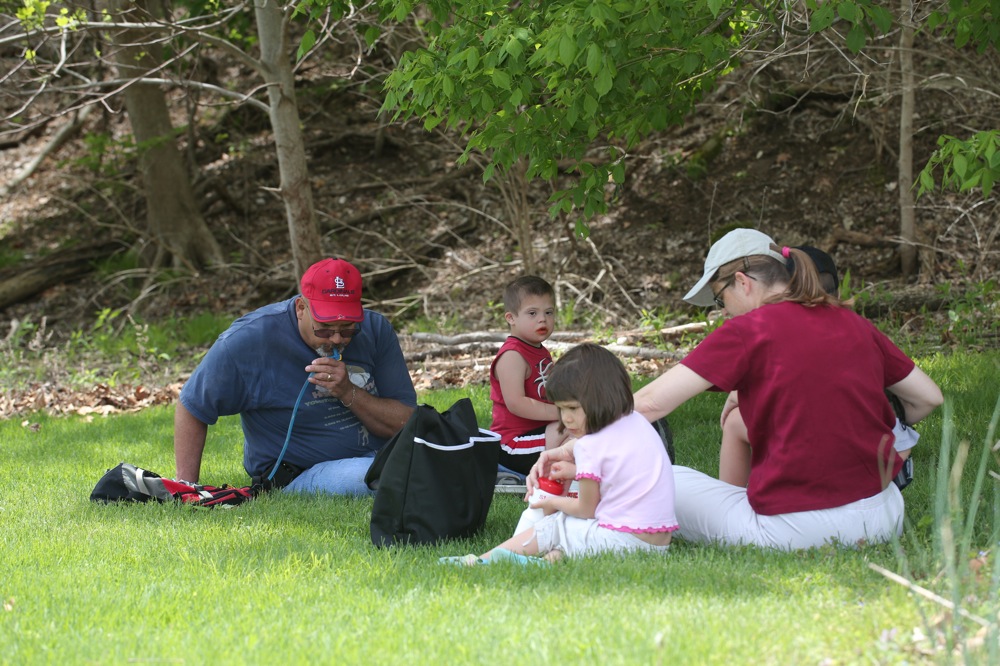 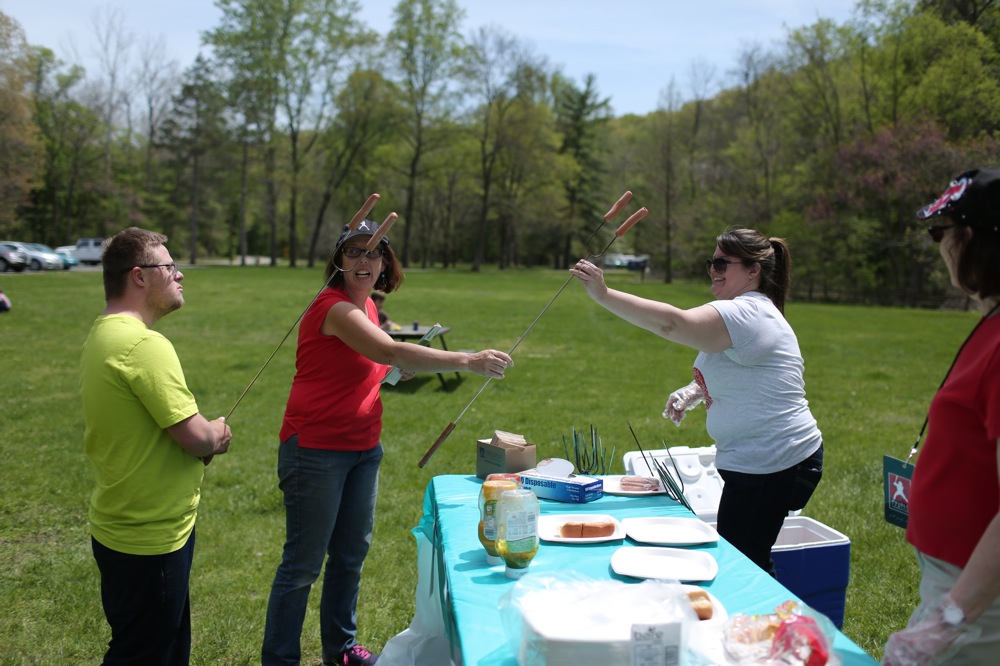 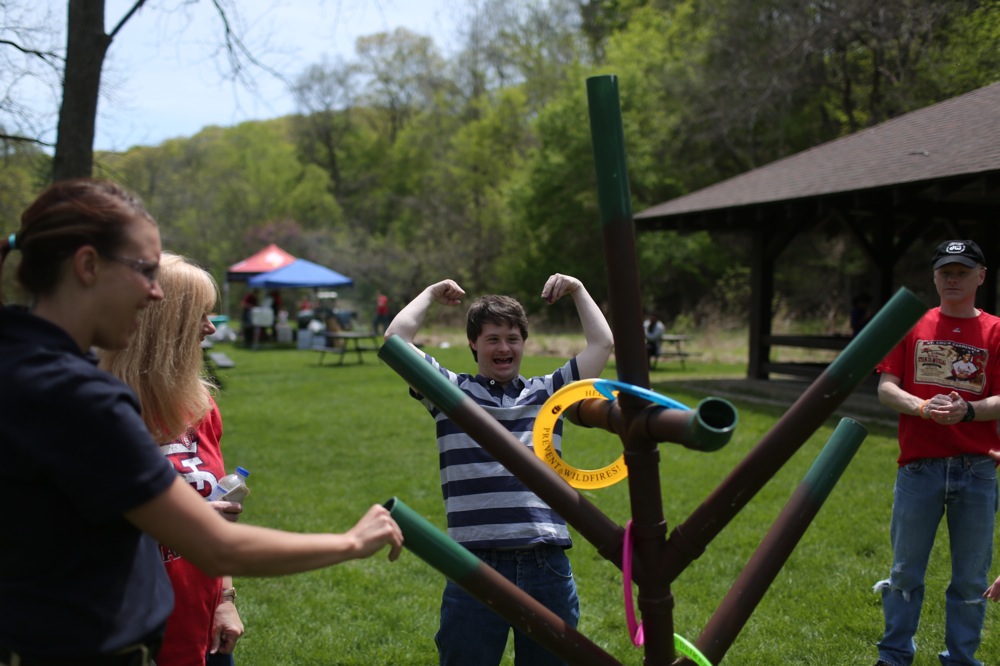 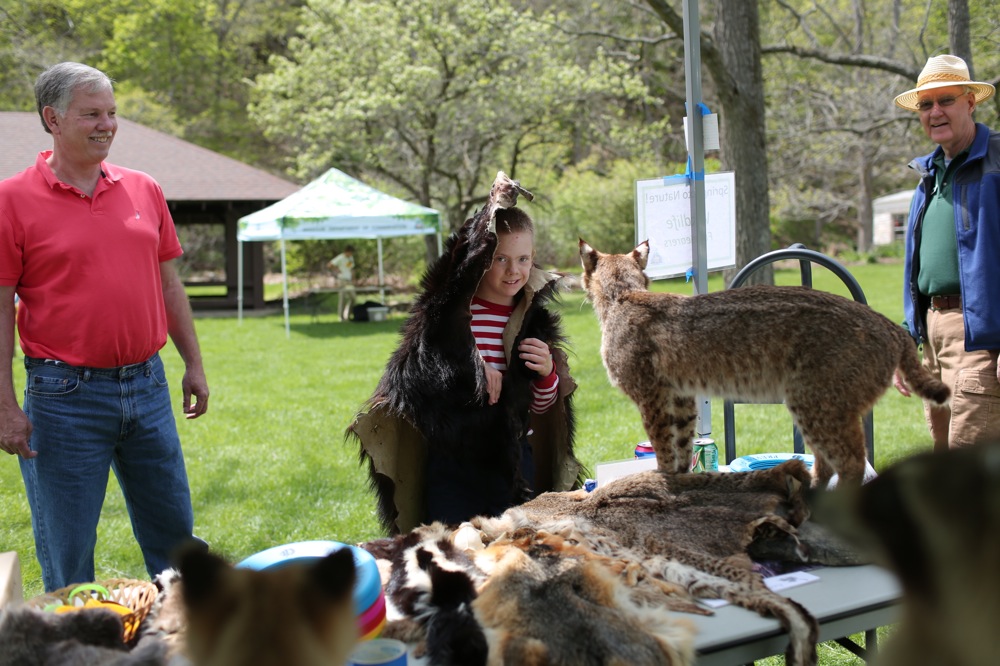 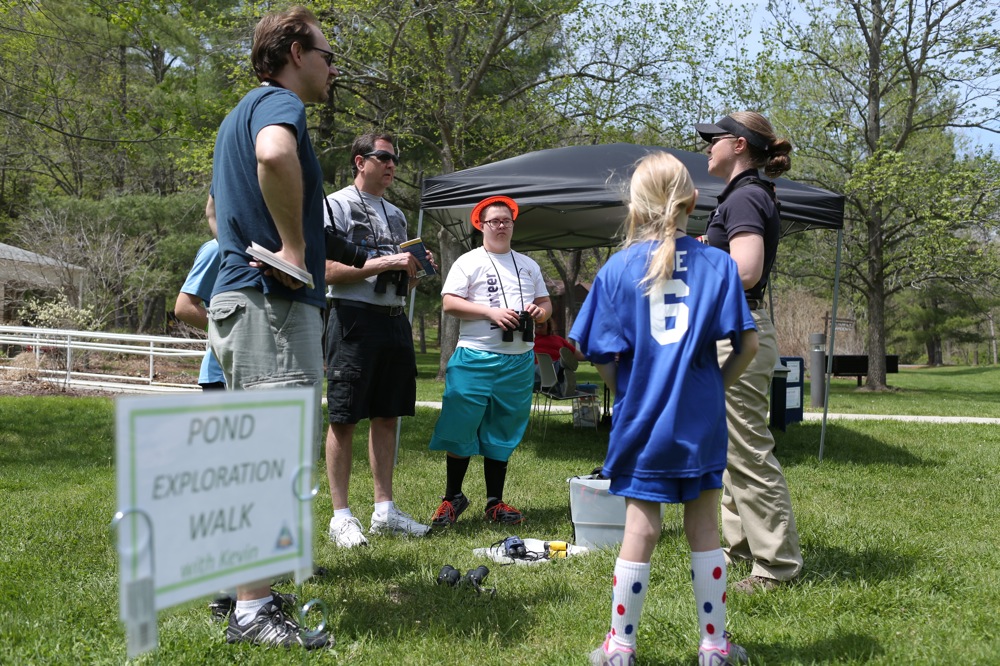 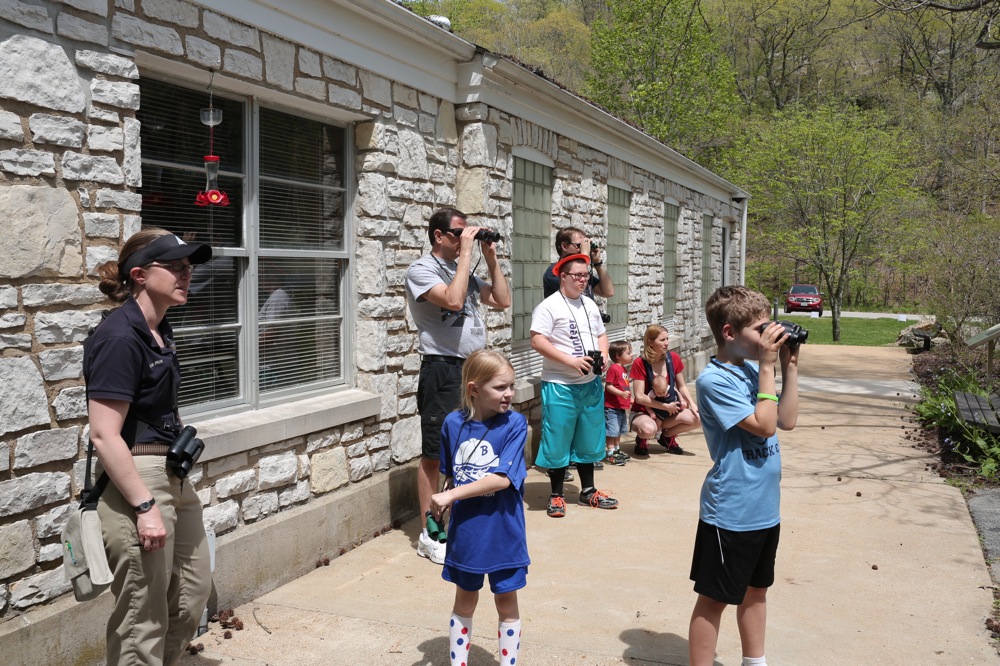 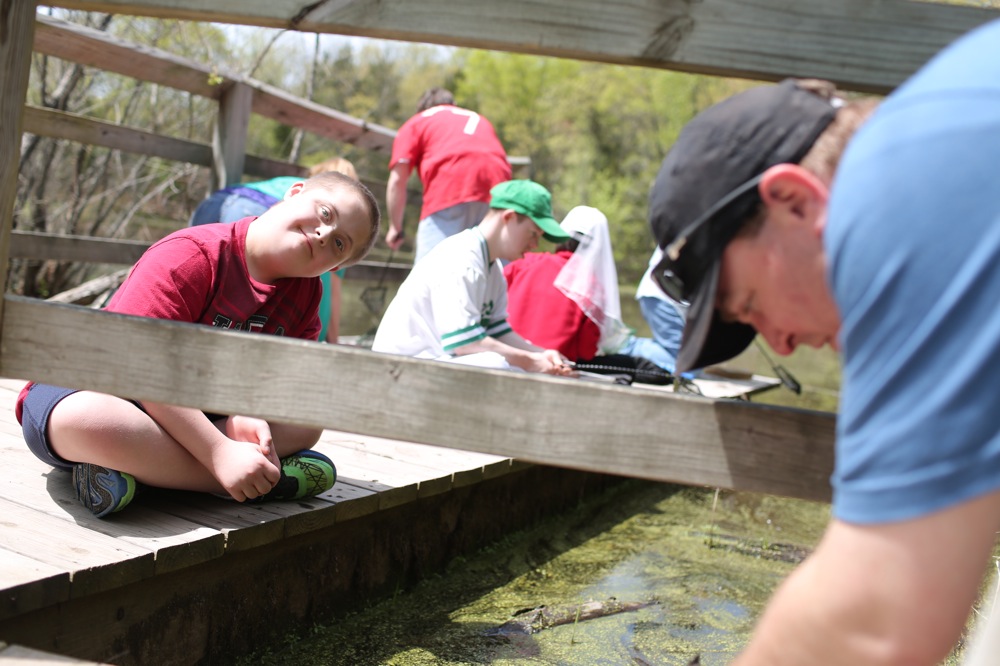 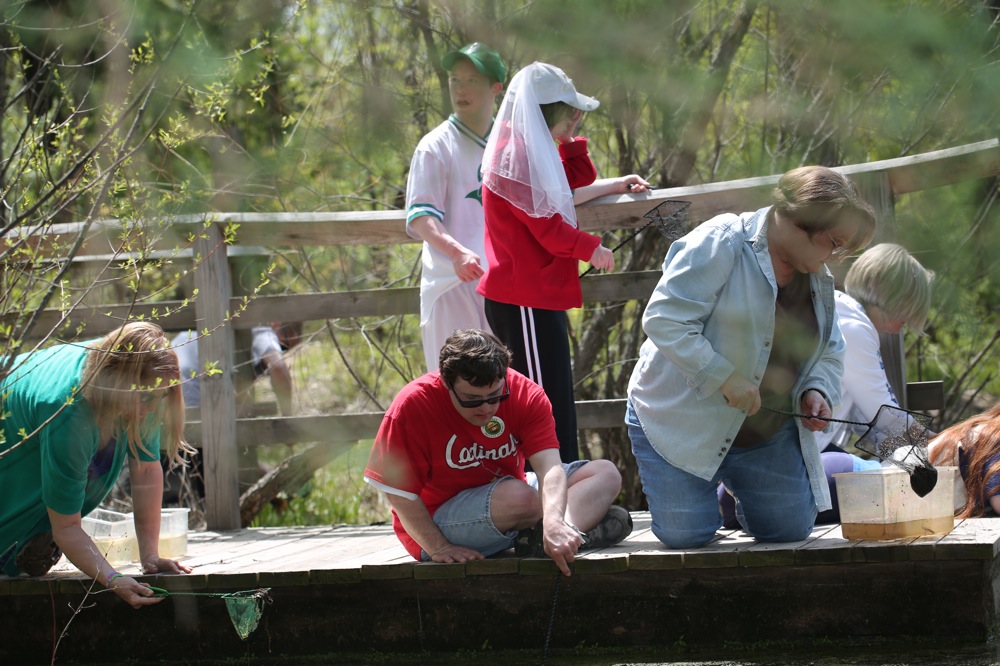 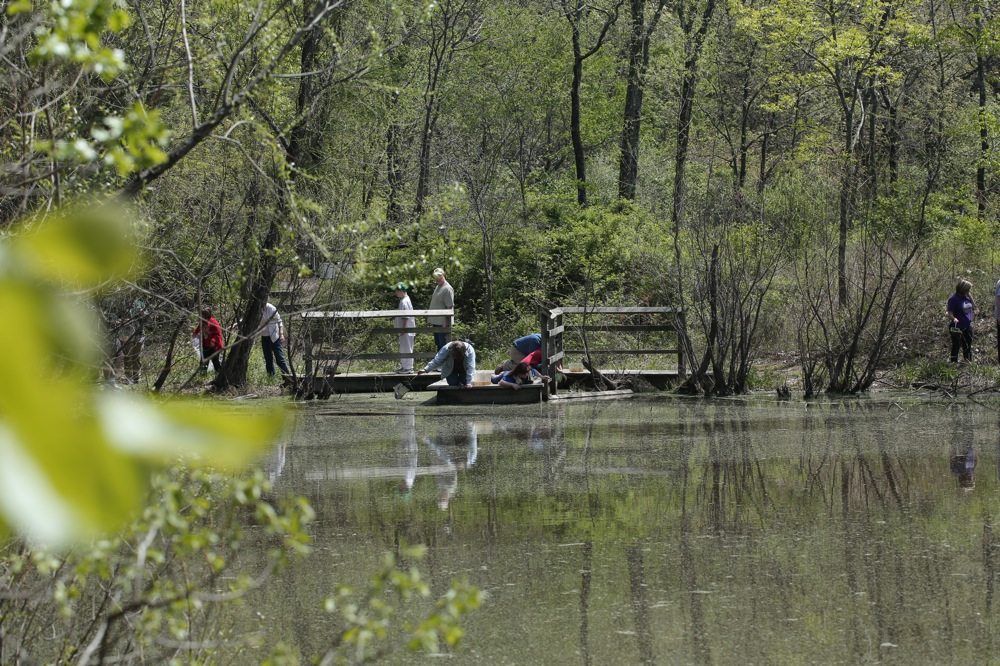 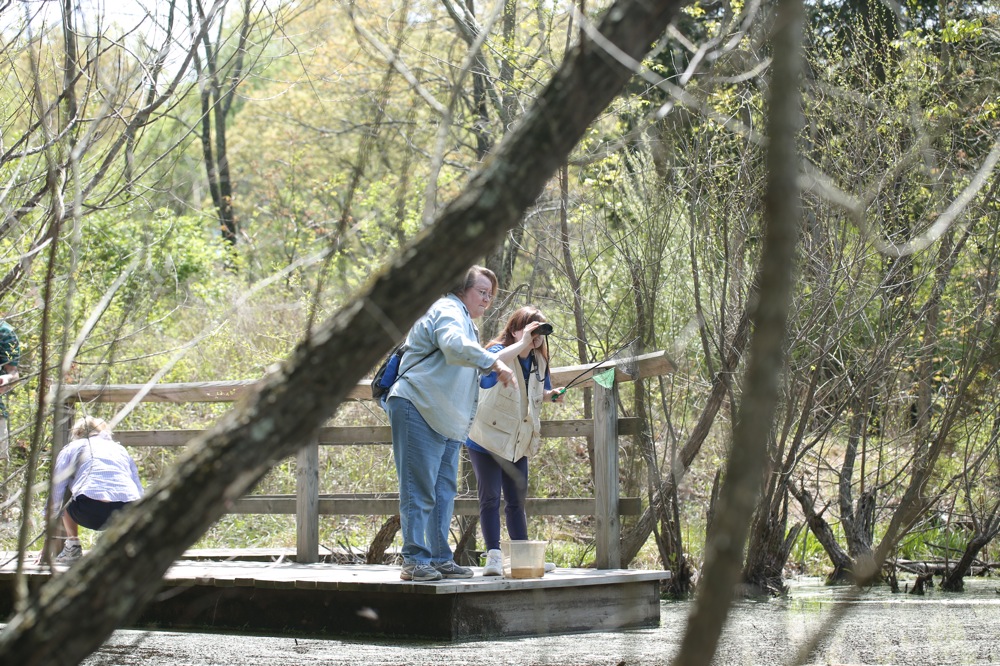 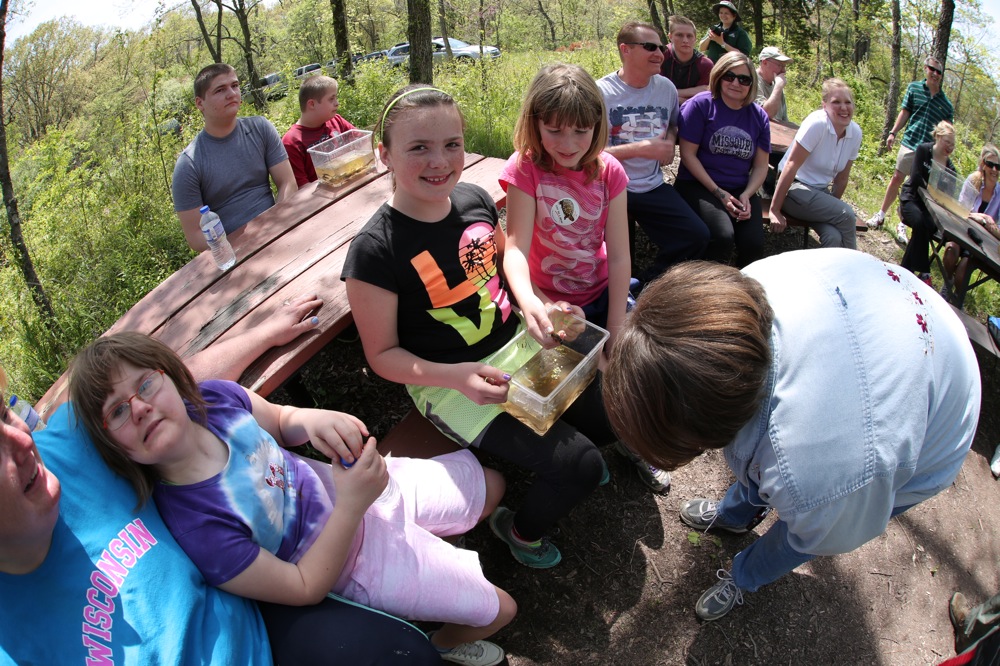 From a distance the snake display looked safe enough at Rockwoods Reservation.

The sight isn’t one many would expect to come across at a Pujols Family Foundation Event, but for many youngsters and adults with Down syndrome, it was a great chance to bring their siblings and get to see and touch snakes, as well as many other animal furs and so much more at the second annual Spring Into Nature Event.

Spring Into Nature was held on Saturday, May 3, outside the Conservation Education Center at Rockwoods Reservation in West St Louis County and included a craft station, hot dog cookout station with a bonfire, three guided tours, lawn games, and, of course, Cold Stone Creamery ice cream.

“I really enjoyed watching families interact with the live snakes,” said Lia Bartnicki, a Naturalist with the Missouri Department of Conservation who helped coordinate the event.

“Some people got to meet and touch a snake for the first time. I think we helped some folks to understand that snakes aren’t so scary.  I always feel happy when I can tell we are showing people something new about the natural world.”

Bartnicki, along with 13 MDC volunteers and four MDC Outreach and Education staff and 10 Pujols Family Foundation volunteers helped set up and run the free event, which was aimed at helping families learn more about the outdoors.

More than 70 families came out, bringing in close to 250 guests.

“One of the nice things about this event is it’s one where parents and siblings can come, which really opens it up to everyone,” said Jen Cooper, Program Manager for the Pujols Family Foundation. “It creates a sense of community among the families and helps them connect and all of the other kids can come and enjoy and connect.”

In addition to the snake and turtle station at the reptile/amphibian tent, there was a mammal tent that included a number of animal pelts as well as stuffed animals found in the wild and a bird tent that included a variety of owls and other birds. A tree station included an identification game, and there was also a tree ring toss game and Frisbees for people to take home.

A bonfire and hotdog cookout station also offered people a place to gather and just enjoy the outdoors.

“We had a young man in his 20s and we asked if he wanted to roast his own hot dog, but he looked a little scared,” said Cooper of the PFF. “Chris *(Ulrich, with the PFF office) offered to do it with him, and they went together and he did it and was just so happy. That was really cool.”

Bird Hike – Introduced people to proper bird identification, habitat, songs and how to use binoculars to spot birds.

Nature Walk – Held along an accessible nature trail, it focused on basic compass skills as part of trail safety.

Pond Walk – Participants explored the Rockwoods woodland pond in search of small aquatic animals, and families got to use nets to take samples from the pond. They found adult and larval salamanders, tadpoles, frogs, dragonfly nymphs, water beetles and other small aquatic creatures.

“Marilynn, one of my volunteers, helped people learn how to use a compass for the first time,” said Bartnicki. “First, parents would be the most engaged in learning, asking her questions and practicing. Then she noticed that the parents started teaching their children how to use the compass and guiding them throughout the walk…It shows that Marilynn was really able to make an impact on the whole family that day…I enjoyed seeing all the smiling faces at our conservation area. I could tell folks felt a sense of accomplishment after cooking a meal outdoors and it was great to see families gathered around the bonfires together.”

We would like to extend a special thank you to the following people for their valuable contributions that made this event a success: The Missouri Department of Conservation, John Morrell, Cold Stone Creamery, Sara Lee Bakery, Pepsi, Aqua Systems and all of our volunteers!